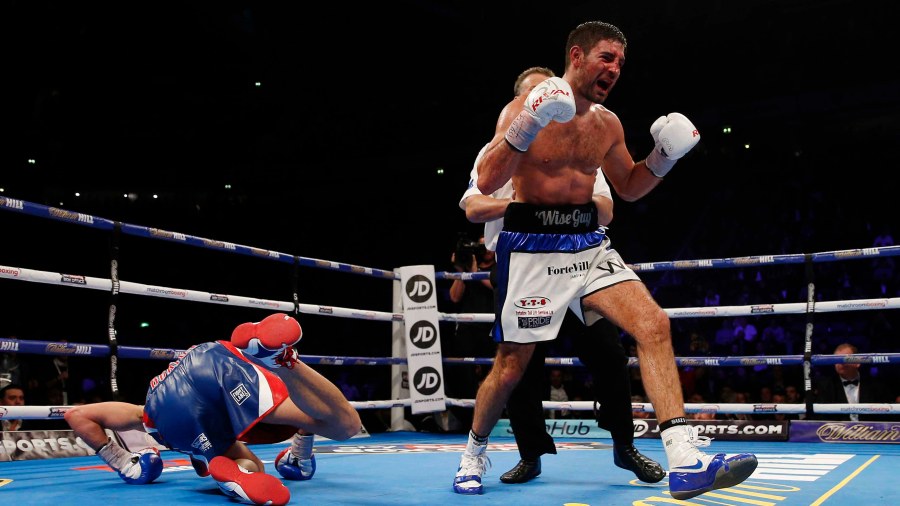 BRITISH light-heavyweight champion Frank Buglioni has set his first title defence. He’ll box Ricky Summers at the O2 in London on June 3, a bill that will be headlined by Dillian Whyte.

Buglioni won the British title in the most dramatic of styles when he came back to halt Hosea Burton in Manchester in December. He was due to make a first defence on the David Haye-Tony Bellew bill in March but that had to be postponed when Frank suffered a cut.

“I’m just itching to get back in there. Since the Burton fight I’ve been raring to go. I drew a lot of confidence off of that and how well my camp went, how well improvements have gone and being really comfortable at the weight. Everything went perfect for that fight even though it was my first fight back for a long time with a new trainer and I was away from home, I still got the job done in good fashion,” Buglioni said.

“I went to a plastic surgeon and he assured me that my skin and my bone structure is absolutely fine. There’s no reason that I’d be susceptible to cuts in the future. It’s kind of a weight off my shoulders.”