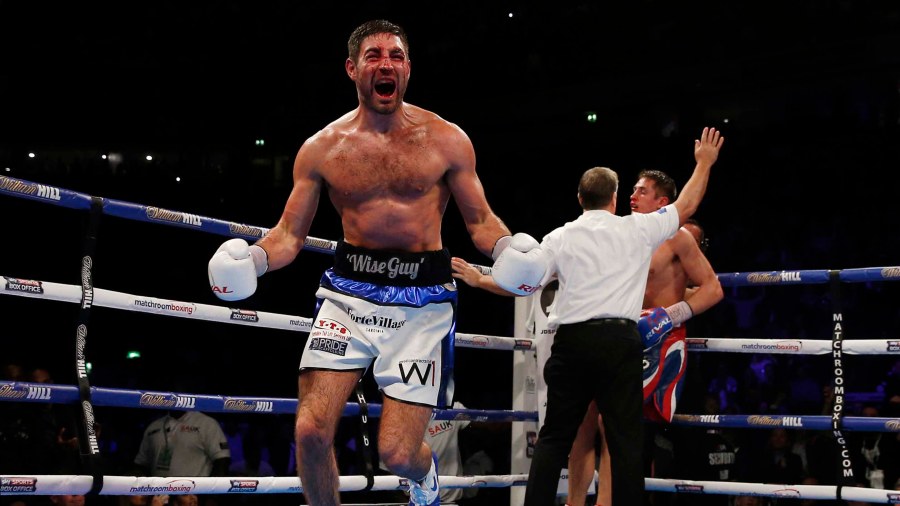 FRANK BUGLIONI is targeting former world champion Nathan Cleverly. After a breakthough win over Hosea Burton in Manchester last December, Buglioni wants to step up to the next level and fight the seasoned Welshman.

“Nathan Cleverly, I sparred him when he was getting ready for the [Sergey] Kovalev fight, so he was at his best then, I was a super-middle, maybe five or six fights in. We went toe to toe for eight rounds. I kind of thought what level am I at?” Buglioni told Boxing News. “He had a fantastic workrate but he never really troubled me. I never felt out of my depth. That was a long, long time ago. That was probably Nathan Cleverly at his best. I haven’t seen him at his best since then. He had a couple of up and down performances but I certainly think he’s on the slide. The timing would be perfect. I’ve got a lot of respect for Nathan Cleverly but we’re in a rough game, it’s a horrible business, so if I’ve got tread on him to get to where I need to be, then so be it.

“I’m very confident of beating Nathan Cleverly. I would say I would stop him. I’d say I’d knock him out.”

Buglioni’s rumble with Burton was one of the best fights of 2016 and he would be open to doing it again. “I certainly feel like I did what I needed to do with the knockout and dropping him in the 11th and being all over him. Aside from the first round and maybe a little patch in the ninth, he didn’t really have any telling effect on me,” he said. “So there’s a not a need to have it again, but if he becomes a mandatory all well and good, because obviously I need to fight my mandatory but if he does it makes sense to give something back to the fans and it’s a big money fight. It’s more of a big attraction than something I need to go and do.”

“I thought we’d get the voluntary fight out the way, it’s always good to defend that belt because the intention was to win it outright. It kind of still is, get a voluntary in, let’s find a guy that’s got a good record, is hungry and wants to come and win and wants to get a bit more experience at that level, and then move on again. Ricky Summers was one of three opponents that actually accepted the fight. There were a couple of others that didn’t accept the fight. So credit to him for that, whether that’s a little bit of naivety or a little bit of desperation, levels are going to be shown when it comes to July 1.”