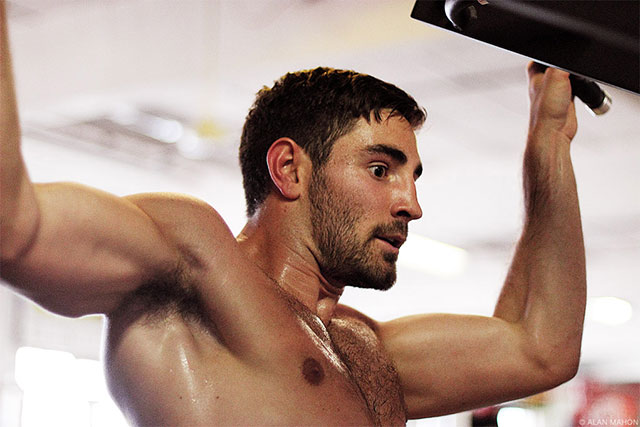 Buglioni has linked up with former two-weight world champion and Irish legend Steve Collins and his brother Paschal as he looks to continue on his comeback in a 10-round international contest against an opponent to be confirmed.

The 25-year-old suffered a shock loss to Belarussian Sergey Khomitsky in April, but stormed back to victory in July to claim the Southern Area title, stopping Sam Couzens inside four rounds.  Shortly after he changed trainers from Mark Tibbs to the Collins brothers.

Now the North Londoner has based himself in Dublin for training camps and says he’s feeling the difference.

“I started training again straight after the fight against Couzens and I haven’t really stopped so I can’t wait to get back into action and rock the York Hall on September 20,” said Buglioni.

“My former trainer Mark Tibbs did a fantastic job by building a solid foundation with me and now Steve and Paschal are continuing and improving on that, adding the finishing touches.

“The experience is something new to me, I’m on my own out here in Dublin, away from home and out of the comfort zone.  Here I’m just focused solely on my boxing which is making me more hungry and determined.

“I feel great at the moment with the change of scenery, my mind is sharper and I feel that it’s all coming together with my skills, my defence is improving, I’m working on combinations, counters, and becoming the complete package.

“I’m just really excited to return to the ring and whoever is in there against me, I’ll show my improvements by putting on a devastating performance.