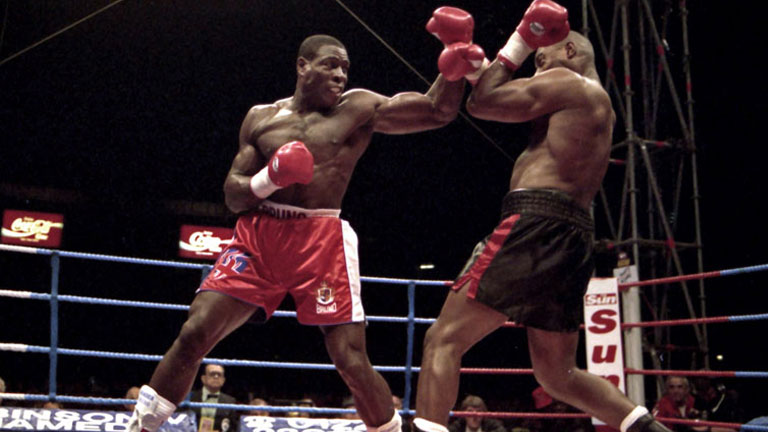 On the 20th anniversary of Frank Bruno vs Oliver McCall, Matt Christie speaks to some key figures from the fight

BEHIND the scenes, whip Ernie Draper – whose job it was to look after all the fighters on the bill – had an interesting take on McCall’s condition.
“He was standing there like he was going to a funeral, I thought ‘blimey, look at him.’ He really did look like a bag of nerves,” Draper remembers. Another memory of the night – which remains the only time during Ernie’s 40-year career where he allowed himself to get “over-excited” by the action in front of
him – was the noise that greeted Bruno.
“The roar when he came out, and I’ve been to most of the major fights [in Britain], was the biggest I have ever heard. I haven’t heard anything like it since. It was a bit like the cheers Ricky Hatton got [in Manchester] but even that did not really compare.”
That almost deafening support may have affected McCall. Adams felt that somewhere between leaving the dressing room and entering the ring, his fighter’s mind-set crumbled.
“They took him, by himself, to the top of this ramp and by the time he came down he was cold,” his then-manager Jimmy Adams explains. “Oliver was that type of fighter, he’d cry and get himself hyped up and then he’d fight from the bell. But here he got cold, he lost his momentum and he didn’t start to fight until it was too late.”