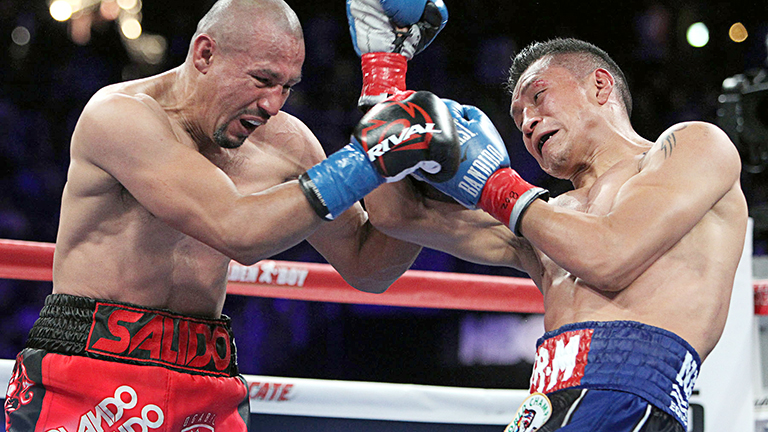 Francisco Vargas and Orlando Salido serve up an incredible fight

FRANCISCO VARGAS is still the WBC super-featherweight champion after drawing with Orlando Salido in an expected war at the StubHub Center in California last night.

Scores of 114-114 twice and 115-113 for Vargas ensured the Mexican kept the title he won from Takashi Miura last year, in another terrific fight.

“I think it was a great fight and a fight that the fans liked. I feel really good about this decision,” Vargas said afterwards.

“I knew coming in that I was going to be facing a very tough opponent. We never give up. I’m very happy. This is what they wanted. I’m happy I was able to face this skilled warrior. I’m looking for more challenges.”

“It was a draw, but I felt I won. It was a tough fight, and we fought like Mexicans do.”

Both men found themselves hurt at several times over the course of 12 hellacious rounds. Vargas ended the fight with two huge cuts over both eyes, which caused the referee to seek the advice of the ringside doctor before the final round.

Vargas failed a drug test before the fight but the California State Athletic Commission still allowed it to go ahead, giving Vargas the benefit of the doubt due to his excuse of having ingested contaminated meat. He was tested several more times before the fight and came up clean each time.