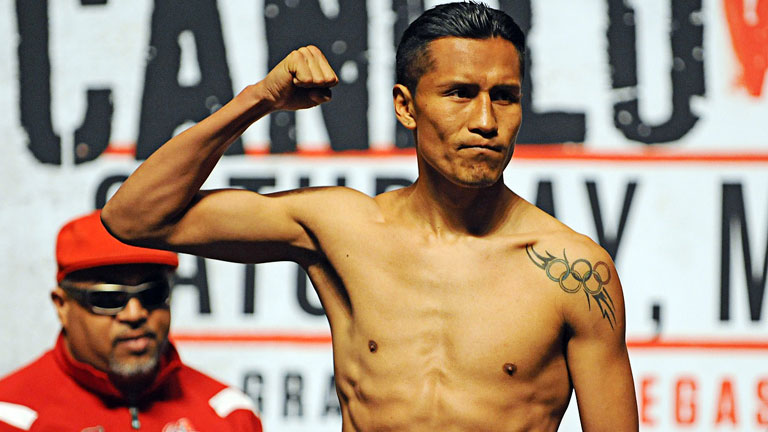 FRANCISCO VARGAS has tested positive for a banned substance ahead of his WBC world super-featherweight title defence against Orlando Salido on June 4.

The 31-year-old Mexican tested positive for clenbuterol – a steroid which helps with weight loss – as a result of the Voluntary Anti-Doping Association (VADA) program for his highly-anticipated clash with Salido.

Golden Boy Promotions released a statement, insisting that Vargas is a clean athlete who did not knowingly ingest the banned substance.

“As part of a voluntary testing program that Francisco Vargas requested ahead of his June 4 fight, he tested positive for clenbuterol,” it read.

“Francisco believes he tested positive due to ingesting contaminated meat in Mexico where clenbuterol is commonly used by ranchers in livestock feed.

“Francisco has, is and will always be a clean fighter. That is why he insisted on this voluntary testing program ahead of the first defence of his WBC championship.

“He previously tested clean as part of this same voluntary testing regiment and in all of his previous fights.

“He will immediately leave Mexico to finish his training camp in the US in order to avoid any possible repeat of this situation and is fully cooperating with the California State Athletic Commission to submit to all required testing ahead of his June 4 title defence.”

As a third party, VADA does not have the power to stop the fight happening or to suspend Vargas, however they remove fighters who have failed a test from their program.

The decision on whether the fight happens and whether Vargas will receive a ban remains with the California State Athletic Commission.

Erik Morales tested positive for clenbuterol ahead of his 2012 fight with Danny Garcia, which was still allowed to go ahead, though USADA was responsible for the drug testing in that fight and the the New York State Athletic Commission were the ones in charge.

Two months ago Australian heavyweight Lucas Browne also tested positive for the substance after his upset win over Ruslan Chagaev in Russia. Browne also maintains he did not knowingly take clenbuterol, and the fallout from his failed test remains unclear.

Salido himself failed a drugs test in 2006 after outpointing Robert Guerrero. The result was changed to a No Contest and Salido was suspended.