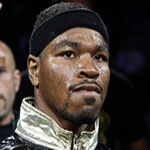 After watching videos of Tyrone Nurse, the esteemed Shawn Porter decides against taking on the British champion

Matchroom are hoping to stage a show in Monaco on November 12 – with Callum Smith a potential headliner – and Shawn Porter was keen on appearing. Eddie Hearn initially asked Nurse’s team, specifically trainer Chris Aston, if they would be interested in the fight with the former world champ.

“Of course we were interested,” Aston told Boxing News. “A big fight in Monaco against the former world champion Shawn Porter? Of course we wanted it. We want to see what Tyrone can do. No offence to the guys he’s been fighting so far but he’s not even getting out of first gear. So we told Matchroom we wanted the fight.

“But Porter doesn’t know who he is. So him and his team go off and watch two or three videos of Tyrone and then they come back and say they don’t want the fight.”

Matchroom confirmed that Team Porter rejected the chance to fight Nurse after watching footage of him. Porter has beaten the likes of Adrien Broner, Paul Malignaggi and Devon Alexander.

Earlier in the month Jack Catterall turned down his mandated British title shot at Nurse, after declaring himself – in a nutshell – not quite ready.

It’s a question that an increasing number of fighters are struggling to answer.