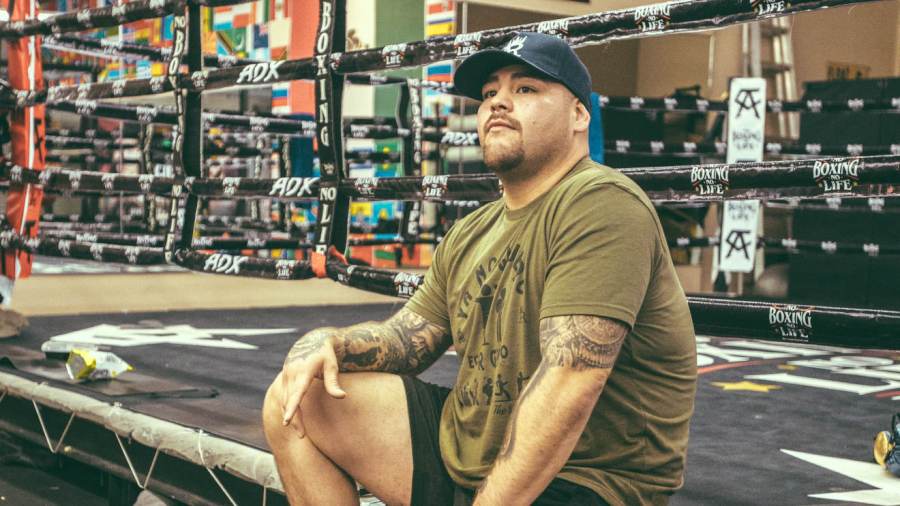 In pursuit of some momentum, Andy Ruiz Jnr and Luis Ortiz are getting together on September 4 in Los Angeles, writes Elliot Worsell

IN a parallel universe Deontay Wilder never recovers from being rocked by Luis Ortiz, more than once, and Ortiz, still unbeaten, has on his record a couple of stoppage wins against the hardest puncher in the heavyweight division. In that same universe, meanwhile, Andy Ruiz Jnr, having just shocked Anthony Joshua in New York, neglects the temptation to emulate James ‘Buster’ Douglas and instead remains in shape to repeat the trick against Joshua in Saudi Arabia in 2019.

Now, with them both having blown their chances, Ruiz and Ortiz find themselves in the heavyweight wilderness, their only available option to partner up, confer, and find a way out of the woods together.

This they intend to do on September 4 when they meet in a 12-round heavyweight contest, live on Fox pay-per-view in the States. There will that night be no belts at stake, which seems almost refreshing in this day and age, but more important than any titles is direction and momentum and relevance. Each of those things the winner of Ruiz vs. Ortiz has been lacking in recent times and each they can expect to gain on September 4 ahead of what they hope will be one final run at a heavyweight belt.

“I fight on September 4 and the victory I’m going to have is for you – all the people that are supporting me,” Ruiz, 34-3 (22), said at an event in Mexico City last weekend. “Everyone has their dreams; everyone wants to achieve something and everything is possible. The morritos (children) who want to be world champions can do it! I did it, you can do it too.”

Ever relatable, Ruiz’s ability to connect with the common man was both what made him such an appealing underdog and champion in 2019 and also what ultimately led to his downfall when rematching Joshua later that year. For, in the end, as much as the 32-year-old’s relatability made him an easy guy to root for, it apparently didn’t lend itself to the kind of training and intensity he required when trying to keep hold of the belts he had won from Joshua in a monumental upset.

Moreover, since that disappointing night in the Middle East, Ruiz has struggled to regain form, let alone all that he lost. He has, in fact, boxed just once in that time, outpointing Chris Arreola in May 2021, but having to drag himself off the canvas to do so.

Ortiz, on the other hand, has been the busier of the two but has been no less meandering. Now 43, the Cuban southpaw has forever been a man most heavyweights would rather avoid than fight and indeed only in 2022, with Ortiz carrying with him a trail of dust whenever he enters the ring, do heavyweights feel it safe to mention his name.

Last time out, in January, Ortiz, 33-2 (28), showed signs of regression for perhaps the first time.  He still clinically dissected American Charles Martin in six rounds, yet was dropped twice in that fight – in the first round and fourth – by an opponent Anthony Joshua brushed aside in two rounds six years ago.

Given his checkered past in relation to performance-enhancing drugs, it’s hard to have much sympathy with Ortiz and the way his career has ultimately panned out. He has been avoided, yes, and at times been unfortunate, but there is an argument to be made, too, that he is own biggest enemy.

The same could be said for his next opponent on September 4. They are in that sense, and in so many ways, made for each other.