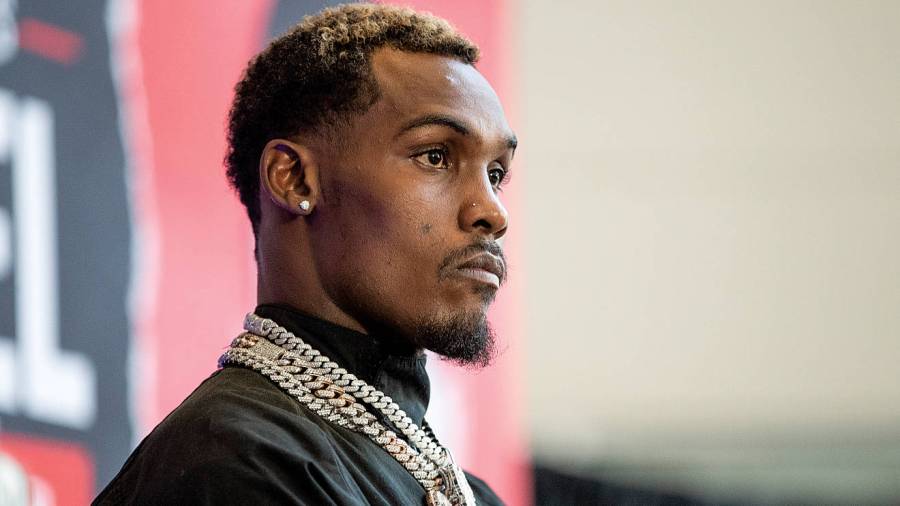 CHASING superstars can lead to dark horses being disregarded. For WBC middleweight belt-holder Jermall Charlo – a long-time suitor of both Canelo Alvarez and Gennady Golovkin – this weekend’s fight with Mexican puncher, Juan Macias Montiel, could yet be a case in point. It’s a fight he can’t just win. The burden of expectation dictates he must also dominate.

“The pressure’s on. I can’t look bad against a guy like Montiel because then the world is going to think that I’m not capable of fighting guys like Golovkin or Canelo,” Charlo tells Boxing News. “One little mistake could be a major step down for me. I’m not saying that it’s something I’m thinking about but it’s a big risk to fight somebody who has nothing really to offer besides power. So I expect nothing less than him coming to bring war to me. It’s going to be a fight with fireworks. He’s a hard puncher and I’m a hard puncher myself. He has 22 knockouts, I have 22 knockouts. So, of course, I have to stand my ground and fight fire with fire.”

At 31 years old Charlo is a fighter at the peak of his powers, his career best win over Sergiy Derevyanchenko in September adding fuel to speculation as to which notable name he could, and should, face next. But knocking at the door of such career-defining fights can be frustrating.

“I just want to be remembered as one of the hardest fighters out there. Right now though it’s going the opposite [way]. Fighters are not understanding why I’m not getting the fights with the guys who they think are the best. But those guys aren’t the best. For me the only way I can secure my legacy is for me to fight those guys. I know a lot of people mention my name and a lot of people want to get that fight but in due time I will get a chance to get in the ring with all of them. That’s what the best does. The best get in the ring with the best.”

As has been the case throughout his 13-year professional career, preparation for the Montiel fight has been guided by the experienced hand of trainer, Ronnie Shields. Another regular face in the gym is that of Mark Breland, the now-former trainer of Deontay Wilder who was so unceremoniously dismissed after the Tyson Fury defeat.

“Since I was a kid I’ve been around Ronnie Shields, since I was about eight or nine years old. I always wanted him to be my actual trainer when my dad and my uncle trained me. He’s a father figure to me. I ask him things that I don’t even ask my father.

“He watches us and knows his fighters very well. He does the studying for us so we can rely on him. Mark Breland is more of a mentor. He gives me insight. He’s best friends with my trainer and I’ve known him for quite some time, maybe since I was 10 years old. He’s been like a big motivation for me and Ronnie Shields and my team. He’s just a big motivator.”

No such spurring on will be required on fight night, however. In what will be his fourth defence of the WBC title Charlo is once again out in front of a raucous home crowd in Houston, Texas. As an occasion, and as a marker of how far he’s come since his amateur days in the city, it never fails to provoke an emotional reaction in him.

“The lights are bright, the city is alert. The city where I live in and the city where I belong. The people show a different type of love and that’s exactly what I’m getting. I just have to block it out and remain humble and just get my job done. They’ve watched me grow from a prospect to a contender to a world champion. So I can’t drop the ball and have a fight where I’m not on top. So the pressure is on but at the same time I’m focused on my job, to be the best champion of the world that I can be.”

How long Charlo remains at middleweight is a subject that’s been speculated over in recent months. With the sport’s commercial superstar, Canelo Alvarez, speaking positively about the prospect of fighting him in the near future many fans believe that a move up to 168 lbs is on the horizon. Charlo however appears set on cementing his status as the best middleweight on the planet. “I’m going to campaign at 160. The fights are here so I could finish here at 160 if that’s what it takes. Canelo’s campaigning at 168 and 175. It’s not like I can’t make those weights, I’m a big middleweight, but I campaign at 160. Those guys are walking around at 200lbs then coming down to make super-middle and light-heavy. And I don’t get to 200. So at this time of my life where I’m at there’s nothing I can do except fight at 160lbs,” he said.

Before any future plans are decided upon, however, there’s business to take care of in the shape of Juan Macias Montiel. “I wanna hear the roar of the lions in the den and that’s one thing we’re gonna give them. We’re gonna give them some explosive power, just like this guy I’m fighting has explosive power,” he said. “So we’re gonna match power with power, speed with speed, and we should get the job done.”