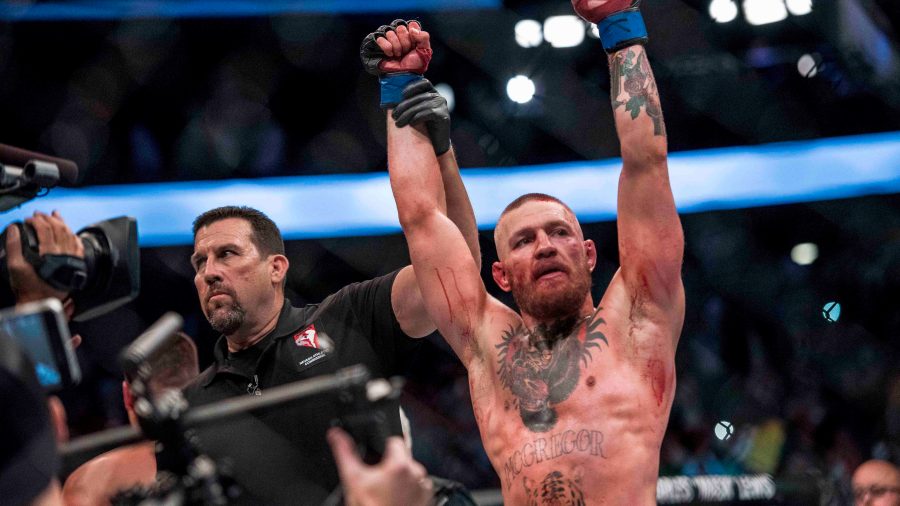 THE thought of Floyd Mayweather boxing Conor McGregor might already be growing wearisome. McGregor may be the star of the UFC, the mixed martial arts outfit, but while a good striker he has never had a professional boxing contest. Although he recently acquired a licence he couldn’t cope in a boxing match with Mayweather, the greatest of his era. But nevertheless it appears to be the only fight that could lure “Money” Mayweather out of his retirement.

He revealed to ESPN’s First Take programme that he endeavoured to put the McGregor fight together. “We tried to make the Conor McGregor fight,” he said.

“We tried to make the Conor McGregor fight. They knew what my number is. My number was a guaranteed $100 million. That was my number. We’re the A-side and I don’t really know how much money he has made before. I don’t know how much money Conor McGregor has made. I’m pretty sure he hasn’t even made 10 million in an MMA bout. But we are willing to give him 15 million and then we can talk about splitting the percentage, the back end percentage on pay-per-view. But of course we’re the A side. How can a guy talk about 20 or 30 million if he’s never even made eight or nine million.

“I can ask for 100 million because I’ve made that on more than one occasion.”

However Mayweather is not ruling it out. He still offered the MMA fighter the opportunity. “Conor McGregor keeps telling everybody he wants the fight. Let’s make it happen,” Mayweather said.

Rather than boxing Manny Pacquiao, Terence Crawford or Gennady Golovkin, it is indeed only McGregor that appeals to him. “The only thing that I’m probably interested in is probably the Conor McGregor fight. I’m a business man and it makes more business sense,” Mayweather concluded.