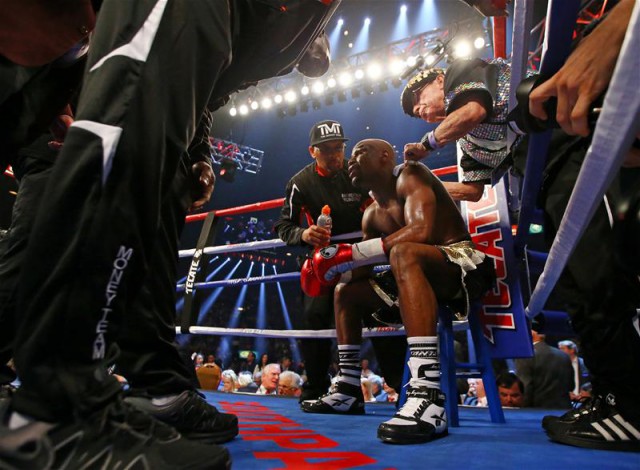 FLOYD MAYWEATHER JNR could be stripped of the WBO welterweight title on Monday. The American claimed the belt on May 2 with a comprehensive victory over Manny Pacquiao at the MGM Grand in Las Vegas.

According to ESPN.com, the sanctioning body plan to remove Mayweather as their 147lb champion after he failed to pay a $200,000 sanctioning fee by the Friday July 3 deadline. The fact he also holds light-middleweight belts is another reason why he has broken WBO rules.

The unbeaten 38-year-old is expected to fight for the 49th time on September 12 but there has been no announcement on the opponent. It would be his final fight of a six-fight deal with SHOWTIME, and if his intentions are to be believed, his final fight full stop.

Timothy Bradley, who recently outscored Jesse Vargas to claim the WBO Interim 147lb title, would be elevated to full champion should the WBO go ahead with plans to strip Mayweather.