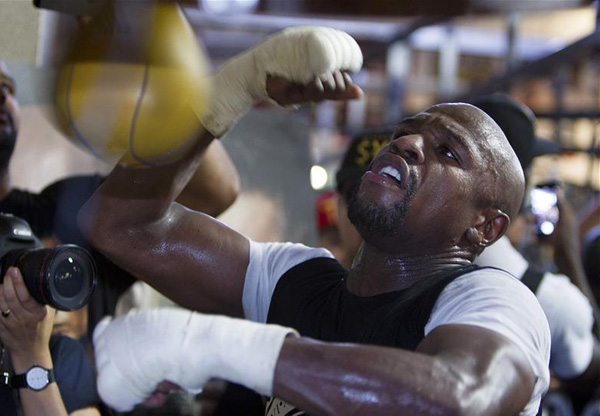 FLOYD MAYWEATHER, the world’s most famous boxer, is, in retirement, increasingly focusing his attention on his promotional company. He wants to sign new boxers and at the Olympic Games in Rio de Janeiro made no secret of his desire to take on the star of the American men’s team, 19-year-old Shakur Stevenson.

Mayweather even compared their amateur careers, when he was held to a bronze medal at the 1996 Olympics. “I was 19 years old too,” Mayweather said. “I fought the amateur World champion in ’96, Serafim Todorov but things happen. All it did was make me stronger.”

“He’s one of the top amateur fighters,” Mayweather said of Stevenson. “We want this guy right here, a young guy like this to be the face of Mayweather Promotions in the future. With all that talent, he has a great trainer, we want him to stay with his trainer that he’s with already. The only thing we want to do is tweak a few things for the professional ranks and he’ll be A-okay.”

Stevenson maintained that while he is yet to sign with a promoter, he expects to turn professional. “I haven’t signed with anybody right now. I’m going to go back, look at my options and then focus on that,” Shakur said.

“I don’t know about my style being more suitable for the pros. My style’s my style. I’m a boxer period. I’m not a professional or an amateur, I could do both. I’m disappointed in myself and I’ll come back stronger,” he noted.