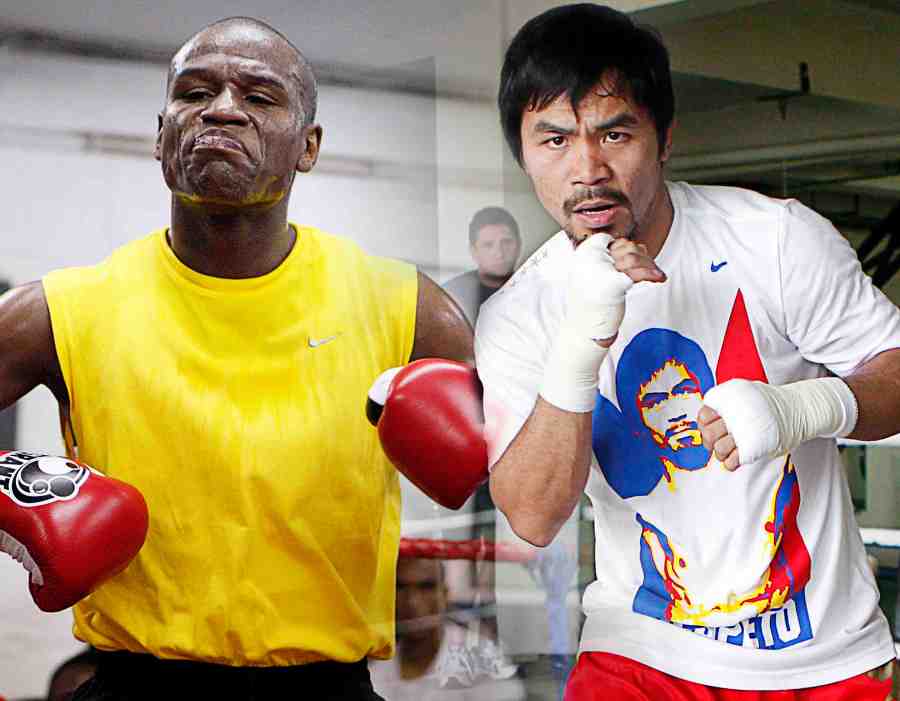 EARLIER this year, when the boxing world longed to see Floyd Mayweather-Manny Pacquiao, Boxing News spoke with several star fighters – both old and new – to find out who would be the winner. We revisit their answers now the dream fight has become a reality.

AMIR KHAN
“[Floyd] Mayweather probably wins. [Manny] Pacquiao is open a lot, he gets caught with a lot of shots. His workrate has dropped a lot, in my opinion. Age is going to get to you, you’re going to be old one day and you can see that age now, in Mayweather and Pacquiao but they’re still great fighters, the things they are doing things most 25-year-olds can’t do.”

NONITO DONAIRE
“It will be who can stamp their style on the fight before the other one can. You’re looking at Manny, the best offensive fighter out there with speed, power, angles, no rhythm and how he overwhelms people and you’ve got Mayweather who will look at your weakness and figure you out as time goes by. Of course, he has his defensive ability. Manny is my friend but I’d say it’s 50-50. These guys are the best at what they do. You can’t know what will happen. It could be a one-sided fight for all we know, or Manny could take him out. The fight with [Ricky] Hatton and Manny… I thought it would be really close, 50-50, and he just landed one punch and it was done.”

KEITH THURMAN
“Mayweather has better defence. If you make a mistake he will go for that. I like Manny, he’s a great guy but he’s not the same fighter he was a couple of years ago.”

IRAN BARKLEY
“It [didn’t] matter to me if they fight or not for the simple fact that I know he’ll [Mayweather] beat Pacquiao. He would have beaten him five years ago even easier.”

NIGEL BENN
“I think he [Mayweather] wins if they fight because it’s a fight he would get up for, and when he fought Maidana he didn’t look good. His legacy is different to mine but then he’s not a fighter like me. He still fought everybody. Fights like [Saul] Alvarez, people thought he might lose and he went out there and did a number on him. He’s beaten all the top boys. He’s beaten world champions. Picking and choosing, he’s been doing it for years but I’ve got to take my hat off to him because people have said, ‘Oh, he is going to have a hard fight with ‘Canelo’. Oh, he’s going to have a hard fight with him or him’ and he’s made it look easy. Almost everybody aside from Maidana, he’s made it look easy. He’s been picking all the top boys and he’s been doing it for years. Unbelievable.”

The latest issue of Boxing News magazine contains full coverage of the making of the Floyd Mayweather-Manny Pacquiao mega-fight, answers all the key questions and we speak to those closely involved, available NOW on the Boxing News app, on Google Play, iTunes or from www.pocketmags.com.