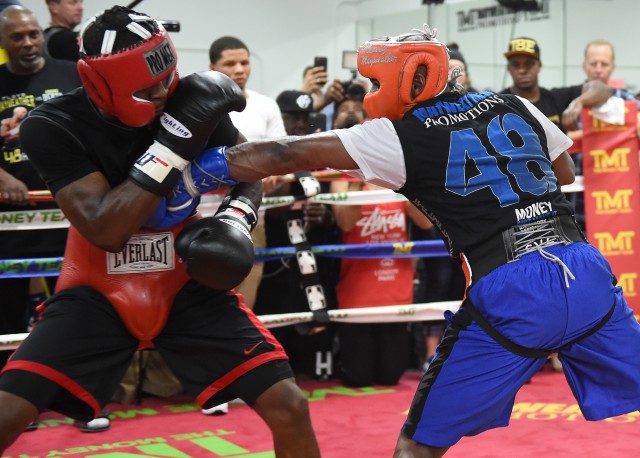 Bob Velin writes that Floyd Mayweather is not second-guessing his decision to retire after his Sept. 12 fight against Andre Berto at the MGM Grand Garden Arena in Las Vegas.

During what was described as his final media workout at his gym Wednesday, Mayweather said he’s more than ready to hang up the gloves.