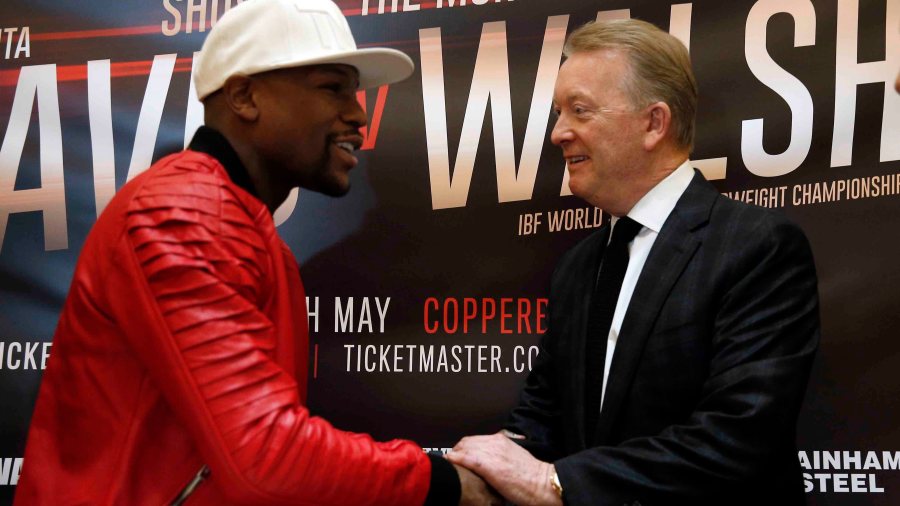 Floyd Mayweather's message to the UK

FLOYD MAYWEATHER is in the UK and working with promoter Frank Warren to stage the Gervonta Davis versus Liam Walsh IBF super-featherweight title fight at the Copper Box on May 20.

Mayweather hopes to promoter three events in British this year alone. At a press conference to announce Davis-Walsh, Floyd had a message for the UK. “You guys are hard core fans and I, as well as my staff and my company, appreciate the support. You guys have done a remarkable job the last 10 years I should say. You guys are now a force in boxing. You guys should not be overlooked. One thing that we want to do is build our brand, build our company and help young fighters grow and accomplish what they’re trying to accomplish in boxing,” he said. “I look forward to doing hopefully thee more shows this year in the UK.2

He has been working with Davis and hopes for the young star to follow in his footsteps. “I’m able to communicate and tell these fighters, if they’re in a gruelling fight or if they’re in a tough fight, they can make things a lot easier,” Mayweather explained.