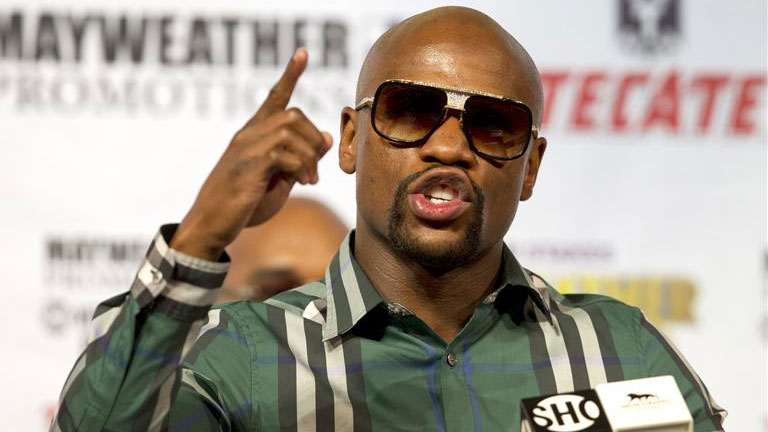 FLOYD MAYWEATHER has insisted he is, and always has been, a “clean” athlete following an article by Thomas Hauser that indicated he was administered with an IV the day before his May showdown with Manny Pacquiao.

“As already confirmed by the USADA Statement, I did not commit any violations of the Nevada or USADA drug testing guidelines,” Mayweather said in a statement. “I follow and have always followed the rules of Nevada and USADA, the gold standard of drug testing.

“Let’s not forget that I was the one six years ago who insisted on elevating the level of drug testing for all my fights.  As a result, there is more drug testing and awareness of its importance in the sport of boxing today than ever before.

“I am very proud to be a clean athlete and will continue to champion the cause.”

Mayweather is preparing to fight Andre Berto on Saturday night at the MGM Grand in Las Vegas. The bout has been advertised as Floyd’s last, and if he’s victorious, he will equal Rocky Marciano’s unbeaten record of 49-0.

HOW DOES MAYWEATHER COMPARE TO MARCIANO?