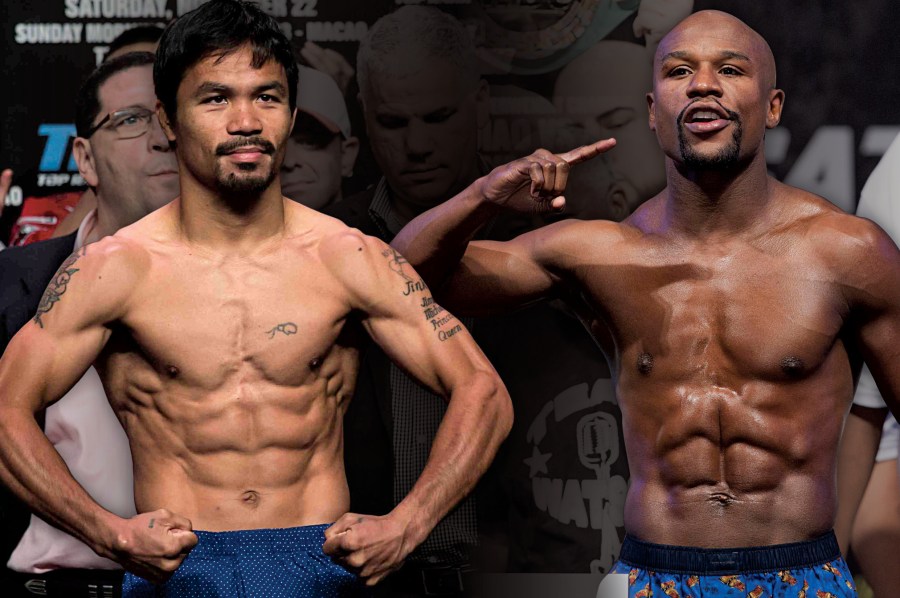 EVEN for the most educated boxing fan, the latest negotiations between Floyd Mayweather and Manny Pacquiao have been difficult to read.

After Mayweather beat Marcos Maidana in September last year, and took a bit of stick for the needless rematch, he publicly declared he was willing to face his welterweight nemesis. Similarly, after Pacquiao thrashed Chris Algieri two months later, he requested that Floyd be his next opponent.

Maybe – we hoped – they are actually going to fight.

Perhaps they realise, at long last, that their bank balances will be rewarded like never before, and their reputations, win or lose, will be enhanced immeasurably. Negotiations began. Again. The world crossed its fingers. Again.

At the end of January, Bob Arum, and even Pacquiao for a while, were telling everyone an announcement was imminent only for Mayweather, and Showtime’s Stephen Espinoza, to swiftly calm us down with news that an agreement was nowhere near. But crucially there was no closure like there had been before. The door on the super-fight, despite the denials a deal was close, was left wide open.

Several watched the Super Bowl, expecting the biggest fight in the history of boxing to be confirmed at half-time. Needless to say it wasn’t.

The optimism about the match-up faded for a while after that. Crossed fingers cramped up and opened. Again. Even the most positive became cynics. And given how long the sporting world has been chasing this fight (around six years), and the incredible array of obstacles (some large, most ludicrous) that have prevented it happening, the deflation was perfectly understandable.

And then, in February, quite unexpectedly, the two fighters came face-to-face for the first time. The meeting happened at a basketball game in Miami. Not only that, they exchanged telephone numbers. And then they met in a hotel room after the match. And then they both went on social media to say they were trying to make this happen. And then, suddenly, the world was a better place again. Floyd and Manny were going to get it on. May 2 was supposedly the date. MGM Grand was supposedly the venue.

And here we are now. Two weeks later. None the wiser yet lost in a cloud of déjà vu, wondering if we’ve all been duped again.

But even in this latest period of uncertainty, hope remains.

Many are now saying the fight needs to be announced in the next few days otherwise there won’t be enough time to promote the contest. Well, consider this: The first Mayweather-Maidana fight (that took place on May 3, 2014) wasn’t announced until February 24-25,
and that promotion was a huge success. By those maths, a Mayweather-Pacquiao announcement could come at the start of March and it would still break all records. Heck, if it wasn’t for organising television schedules (not easy when it involves both HBO and Showtime) so far in advance, they could announce this fight on May 1 and it would still break all records.

Also consider Mayweather’s recent history of announcing opponents. This time last year, Amir Khan had been infamously ditched in favour of Maidana, and when the American took to social media to confirm he was fighting the Argentinian, it came as zero surprise. This time, although Khan has been rumoured – and middleweight Miguel Cotto is still suspiciously without a dance partner – only Pacquiao is thought to be in Floyd’s immediate plans.

Perhaps the following point is overestimating Mayweather’s brains, and underestimating his ego. Surely he realises that not fighting Pacquiao this time – after many weeks of talks – will have a detrimental effect like never before, both on his reputation and his wallet. However much he denies a deal is almost done, you can be sure he knows – give or take a hundred bucks – exactly how much he stands to earn by fighting Pacquiao, and how much bigger that amount is than anything he could earn by fighting anyone else.

Finally, and most encouragingly, both combatants are still refusing to rule it out.

“[The fight] is near,” said Pacquiao over the weekend. “The negotiations are nearly finished. We agreed that this fight has to happen. We are ironing out the kinks. He [Mayweather] said he wants the fight to push through.”

Mayweather again denied a deal had been signed, but – like us all – was “hopeful” it soon would be.

More on the Mayweather-Pacquiao saga, HERE