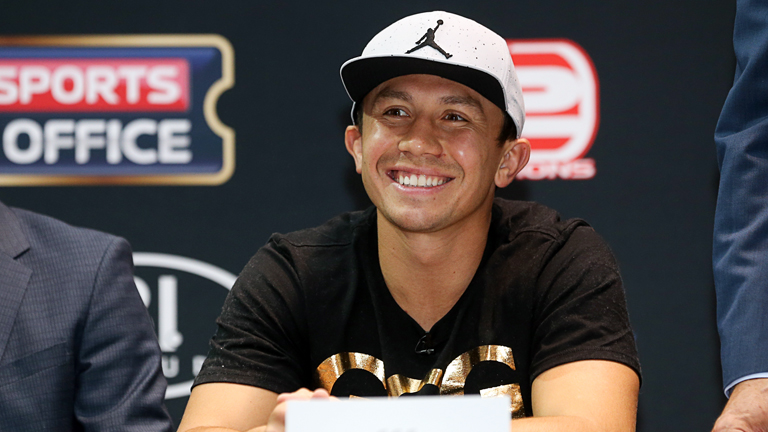 Bernard Hopkins is still a legend (and a sore loser)

His remarkable career may have come to a sad close, but Bernard Hopkins’ legacy still remains Hall of Fame worthy. In California at the weekend he was knocked out of the ropes by underdog Joe Smith Jnr and, after years of outfoxing Father Time, finally gave in to that eternally unbeaten opponent. With numerous records to his name, including being the oldest fighter to ever hold a world title, the impact Hopkins has had on the game wasn’t diminished on Saturday night. However, he did once again call foul play after the stoppage, claiming that he was pushed out of the ring and injured his ankle. He may have injured his ankle, but it was a series of punches – not a push – which sent him plummeting to ringside.

In June, the largely unknown Joe Smith Jnr stormed into the light-heavyweight mix by ruining Andrzej Fonfara inside a round. It was, arguably, the biggest upset of the year and it launched the Long Islander into a fight with retiring Bernard Hopkins. Despite being 24 years Hopkins’ junior, Smith was a betting underdog heading into the fight and most people expected Hopkins to shut him out over 12 rounds. After seven close rounds, Smith became the first man to ever stop Hopkins. The 27-year-old has had a standout 2016 during which he has consistently beaten the odds.

Gennady Golovkin is finally getting the fights he deserves

After years of missing out on big fights at 160lbs, Gennady Golovkin bished, bashed and boshed his way into the No 1 spot of the division and made himself the man to beat. However, he still had to settle for fights against unworthy challengers, fighters that weren’t given a chance against the Kazakh wrecking ball. Now, that has changed. Yesterday he confirmed that he will fight Danny Jacobs, the second best middleweight in the world, on March 18. While ‘GGG’ is still favourite to win, it is a much-desired challenge for the unbeaten 34-year-old and the sort of solid trade fight that will further enhance his standing should he win.

The war on drugs is a losing battle

Over in Russia, Alexander Povetkin failed his second drug test in a year to scupper his WBC eliminator against Bermane Stiverne. The American went home, the WBC withdrew their recognition of the fight and everyone hoped Povetkin would be served with some sort of ban. Instead, Johann Duhaupas was drafted in at alarmingly short notice and subsequently flattened. It was a disgusting example of just how low boxing can stoop, and just how splintered regulation of it is. Regardless of whether Povetkin intended to cheat or not, he has twice been found to have had banned substances in his system, and the rules clearly state it is the responsibility of the athlete to monitor whay they ingest. Povetkin may well be given a life ban by the WBC, but that won’t affect his ability to punch for pay one bit. It’s encouraging that VADA are catching more fighters out, but the problem won’t lessen until more severe punishments are handed out.

Miguel Cotto is laughing to the bank

Not long after Golovkin announced his next fight, former four-weight world champion Cotto joined the party by revealing he will fight James Kirkland in February. On pay-per-view. Both are coming off of losses to Canelo Alvarez – Kirkland’s in early 2015, and it was a brutal knockout – and neither hold a world title at super-welterweight, where they will meet. Given Kirkland’s non-standing in the sport, it’s a fairly meaningless fight but Cotto’s star power – and the lucrative contract he holds with Roc Nation Sports – means it’s been put on PPV. In all likelihood, he’ll wipe Kirkland out with relative ease – but he’ll be handily rewarded for it.