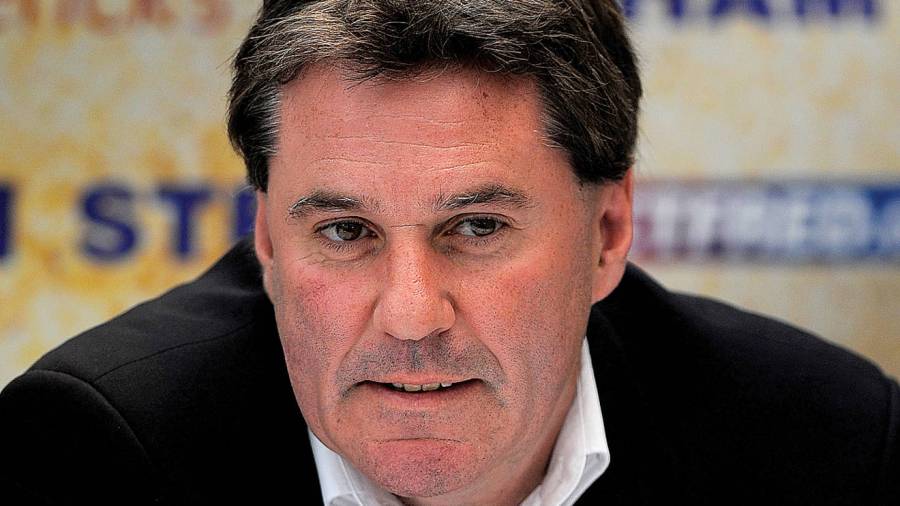 A new boxing channel is being launched in the UK. Fightzone TV will stream their first event on Friday (May 21), the first of what they expect to be 50 shows a year, creating opportunities for more than 250 boxers, many of whom won’t have had the chance to box on televised shows during the coronavirus pandemic. It will cater to a tier of promoters who have the fighters but haven’t previously had to the TV dates for them, vital in a period when crowds at live events will be strictly limited.

Jim McMunn is the general manager at Fightzone. “The conglomerate backing this, they were originally interested in BoxNation before BoxNation became part of the Premier Sport package. So that didn’t happen for them,” he explained. “I suggested if they were going to do it, the way to do it was to use new technology, become an OTT channel and ignore linear aspects of it. I think that’s all been accelerated as one of the results of the pandemic. People are used to Netflix and using OTT channels to access their media. So from that perspective it’s been good timing for them.”

McMunn, who was the managing director at BoxNation and has previously worked at Setanta and Endemol, is shrewd judge of broadcasting trends. “It’s absolutely this direction and it’s not going to change. This is the way broadcasting is going,” he says.

He sees Fightzone as a way to revitalise the small hall circuit in British boxing. “We believe there’s a gap in the market there. There’s so much good boxing going into these small hall and middle level events that are not getting the exposure and there’s a big enough boxing market there and a committed boxing market that want to see these fights and that’s what Fightzone will bring them,” McMunn explained. “We know our market. This is almost narrow-casting, if you like, rather broadcasting. We know where our market is, we know who they are. They’re the committed boxing fans, people who go to smaller shows, people that read Boxing News. That’s our audience. We’re not expecting this to cross over into the general sports fan. This is all about content that the committed boxing fans will enjoy and appreciate.”

“There’s a confidence that [market] is big enough to make this work and the proof will be in the pudding,” he adds. “We think it’ll easily support this venture.”

Because they will have a knowledgeable audience, they know they’ll need to deliver good fights. “The promoters need to give us the content and then from a production perspective we need to have that authority and credibility to deliver it to boxing fans and although we’re an OTT channel the production will be very much linear television production values. We won’t be cutting any corners on the production. So it should be a grade A offering that we are bringing,” McMunn said. “The great thing about Fightzone is the promoters will be working together to basically put on as good a shows as they can. There’s hunger for it because there’s been very little boxing. People are really hungry to see this content.”

The channel’s target is a British prime time slot, rather than late night shows from overseas. “It’ll be very much focused on UK rather than international events. Although if we can international events that we think our audience will appreciate and it’ll work financially then we will do that. But as I say the main focus will be the UK,” he said. “[At BoxNation they’d see] good world title fights coming in from the States at three in the morning that wouldn’t generate the same interest as a bog standard UK fight at peak time at the weekend. So our focus is really going to be on the UK events.”

DAZN, which broadcasts high profile shows, most recently Canelo Alvarez vs Billy Joe Saunders, has also launched its OTT service in the UK. “I think they’ve got far bigger resources than we have. I don’t know what their business model is at £1.99 [a month] but I can only guess it’s very challenging. But our business model at £4.99 we’re very confident in. Again I think it’s just another example of people going to these OTT channels to get their sport, their films, whatever,” McMunn said. “We’re not really in competition there. I think it’s good for boxing. The more good boxing out there, the more interest is generated and their boxing is the kind of pay-per-view market whereas ours is the more small hall level event market. So I think they’re complimentary rather than in competition.

“I think it’s just good for the sport that all this boxing is getting that exposure. It’s not cost prohibitive.”

They’ll be working with promoters like Dennis Hobson, Steve Wood and others. Myron Mills vs Lucas Ballingall headlines their first event (see preview on page 29). Fighters including Kash Ali, Marc Leach, Matt Windle, Derrick Osaze and Tommy Frank will appear in the coming weeks. Their shows will be streamed on www.fightzone.uk for £4.99 a month.