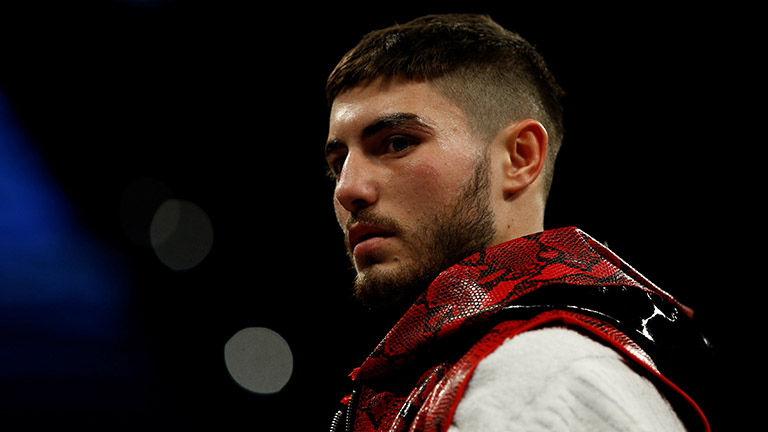 Josh Kelly won't be doing much talking ahead of his European title fight against David Avanesyan, but Adam Booth, his coach, is "very much excited"

A European welterweight title fight against David Avanesyan on March 24. That’s the fight, the one he has always wanted, and one that was meant to originally happen in December 2018.

That Kelly pulled out of their original date on the day itself suggested he was running scared, not ill, many believed. It was a move indicative of a man who suddenly realised he was in too deep and no longer wanted to risk surrendering his undefeated record. Cynics said Kelly and Avanesyan would now never fight. They said it had been and gone. They then watched Avanesyan win the European welterweight title, defeating Kerman Lejarraga twice in Bilbao, Spain, and were damn certain of it.

But they were wrong. On March 24, it will happen again, and this time, in quite the plot twist, it is Avanesyan and not Kelly who starts as the bookies favourite.

And that’s fine by Kelly. It might even be his preference. Because for a man whose brand is built on a foundation of flashiness, ambition and showy cameos of talent, a fight in which he is considered the underdog could end up being the best way for him to place greater emphasis on substance over style. It could be exactly what the Sunderland man needs at this stage in his 11-fight pro career.

“I’m very much excited about it,” Kelly’s coach, Adam Booth, told Boxing News. “I’m going to try not to talk about it too much before the fight. But I know where Josh is at, mentally, physically and technically, and the style of this fight is a good one for him.

“When we first made it, when Josh had to pull out ill, no one knew who Avanesyan was. Everyone just assumed Josh was going to win and that was it. If he didn’t look good in doing it, they were going to criticise him.

“Now it’s a much bigger fight, he’s getting paid more money and Avanesyan is the bookies’ favourite. The dynamics have totally changed. I think that suits Josh.

“I think the style of the fella suits Josh as well. Josh is always good when people try to be aggressive with him. But we’re in a great position where we can just keep quiet, do the work and let the noise happen after.”

At 25 years of age, having been a pro for almost three years, Kelly, 10-0-1, is due a fight like this one. Moreover, for the rest of us, those invested in the journey, it’s a fight most welcome. It will offer hype the backseat. It will clear up any grey areas. It should, depending on the outcome, answer every question.