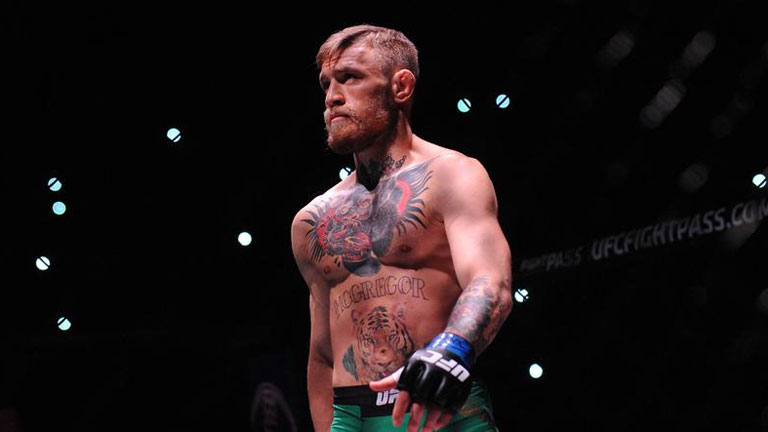 When it comes to fight training, strength coaches can develop champions in boxing and MMA. Moritz Klatten details how the approaches must differ

“THE times, they are a-changin’” is just as true today as when Bob Dylan sang those words in 1964. Change is a given in every facet of life, including sports. In mixed martial arts, new concepts emerging in strength and conditioning are elevating the skill level of today’s MMA competitors.

In 1993 Dana White created the Ultimate Fighting Championships, and by 2014 the estimated net worth of UFC’s founder was reported to be over $300 million. Clearly, there’s no end to the money and interest being poured into MMA. In addition to the financial opportunities within the sport and its tremendous growth in popularity, the game itself has changed. In its early years, the sport was described as “discipline versus discipline,” such that boxers could be matched against athletes who were primarily jujitsu fighters or wrestlers.

This environment was not favorable for boxers, who often had insufficient skills to defend themselves from competitors who came from other disciplines. This problem, plus the lack of sensible rules to control the sport (other than no eye gouging or biting), often resulted in serious injuries. In recalling the beginnings of his sport, UFC champion Royce Gracie said, “The stand-up fighters had no idea what to do on the ground, so it was almost like…unfair.” As such, the focus of training for MMA fighters was on improving their grappling skills.

Today’s MMA fighters are extremely talented, and there is a renewed focus within the sport in developing a much higher level of boxing skills. Skill at boxing is often a financial incentive, as “strikers” tend to be more popular with MMA audiences. Whatever the motivation, MMA fighters are seeking the help of boxing coaches and also strength coaches such as myself who train boxers. With that background, let’s look at some of the similarities and differences in the athletic fitness requirements of MMA fighters and boxers.

To start, let’s compare the energy requirements involved in the two sports. One of the classical sports science textbooks on energy system requirements for sports is Interval Training for Sports and General Fitness by Edward Fox and Donald Mathews. The authors contend that there are three types of energy systems used to perform work: short-term, intermediate, and long-term or aerobic.

A round in professional boxing lasts three minutes, so it’s natural to assume that boxing fits into the category of sports that use the intermediate and long-term energy system. It doesn’t. Because there are many breaks and moments of lower activity that allow for recovery, Fox and Matthews’ research suggests that the short-term energy system is the primary energy system used in boxing, especially in the earlier rounds. In the later rounds, as accumulative fatigue becomes an issue, the energy system requirements shift toward the two other energy systems.

In comparing the energy system demands of boxing and MMA, and considering that MMA bouts are five minutes long, it might appear that MMA taxes the intermediate energy system more than boxing does. There’s a problem with this conclusion. You see, MMA fights often end quickly – in fact, one review of 885 MMA fights found that 440 ended in the first round! Quick endings even happen at the elite level, as evidenced by Ronda Rousey’s incredible 14-second title defense against Cat Zingano in UFC 184.

The shifting energy system demands within the sport pose a challenge for strength and conditioning coaches. For instance, if you train MMA fighters to exhibit their highest levels of ability when they are using the intermediate-level energy system, such an approach will compromise the strength and power the fighters will need to be their best in their early rounds.

In terms of strength requirements, boxers and MMA fighters alike – except for the heavier body weight classes – need to avoid training protocols that focus on developing a large amount of muscle mass. Higher reps (such as a bodybuilder performs) will create maximum increases in size but not strength. I seldom have my boxers perform more than 4 repetitions of a set, except for specific isolation exercises used to correct muscle imbalances. For the explosive Olympic lifting movements, such as the clean and jerk, performing more than 3 repetitions in these exercises often results in the athlete displaying poor technique that can increase their risk of injury.

One of the significant differences in terms of the types of muscular contractions emphasized in MMA and boxing is that MMA requires a higher level of isometric strength. With an isometric contraction a muscle contracts and no movement occurs – for example, if a person of average strength attempted to lift the end of a large truck. Such contractions often occur in grappling, but not in boxing.

An important characteristic of an isometric contraction is that it can produce as much as 15 percent more force than a concentric contraction produces, and this contraction can create considerable fatigue. Consequently, this type of training should not be performed every workout.

In terms of specific muscle groups trained, boxers and MMA fighters alike need high levels of core strength (for boxers, primarily to absorb the force of blows received; for MMA fighters, to grapple effectively), as well as a high level of neck strength to reduce the risk of concussions. In a study published in 2007 in the journal Neurosurgery researchers concluded that neck strength can influence head velocity after impact, suggesting that working on neck strength could reduce the risk of concussion. In a study on American football players in college, during the 2010 and 2011 season there was a 50 percent reduction in concussions after implementing a neck strength program.

For improving punching power, the key upper-body exercises I use for boxers are chin-ups and incline bench presses. One of my fighters is Yuriorkis Gamboa, the 2004 flyweight Olympic champion, WBA (2009-2014) and IBF (2010-2014) world champion. His professional record of 23-1 includes 16 knockouts. We were able to get his upper body strength to the level where he could perform chin-ups with 55 kilos (121 pounds) attached to his waist!

The bottom line is that boxing requires a particular set of skills that must be developed to the highest levels to excel in the sport. MMA fighting, in contrast, requires a greater variety of skill sets and also has different energy system and strength training requirements. The challenge of the strength coach is to work with each fighter, whether it be MMA or boxing, on an individual level to remove any weak links in their fight preparation.

As a strength coach for boxing, Moritz Klatten has trained three Olympic champions, four amateur world champions, and five professional world champions, including Yuriorikis Gamboa, Juan Carlos Gómezs, Herbie Hide, and Jack Culcay. Among the boxing coaches he has worked with are Ismael Salas, Orlando Cuellar, Fritz Sdunek, Michael Timm, Freddie Roach, Joey Gamache  and Jimmy Montoya .Coach Klatten is also an accomplished strength coach for football (soccer), and has attracted an international clientele that includes Zlatko Junuzović, Werder Bremen; Tolgay Arslan, Beşiktaş; and Piotr Trochowski, Augsburg. Coach Klatten works primarily out of Champ Performance, his own gym in Hamburg, Germany, where he offers strength coaching internships and operates a satellite training service to work with athletes worldwide. His book about strength and conditioning for fighters, The Klatten Power Boxing System, is available now on Amazon HERE. He can be reached at klatten@champperformance.de