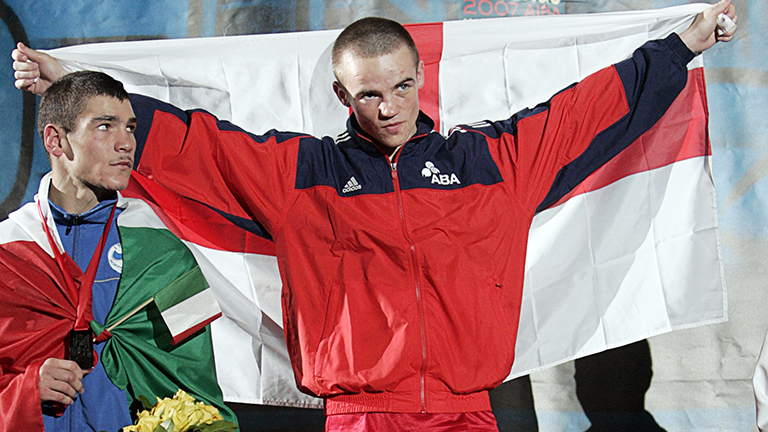 Frankie Gavin talked us through the art of defence

“THE MOST important thing to remember is, if you don’t get hit, you can’t get beat.” Those words were spoken with quiet conviction by the UK’s only male World amateur boxing champion – and now the British and Commonwealth welterweight champion as a pro – Frankie Gavin.
As southpaw Gavin’s philosophy points out, a fighter sufficiently slick, fast and intelligent to evade the blows coming his way will prove nigh on impossible to defeat.
“As an amateur, at the Worlds, I was only hit about 40 times in six fights,” Gavin recalled. “I landed 160-something, and that was against world-class operators. One year I won the ABAs and got hit 10 times in five fights. And I got seven of them in the final!
He told us how to master the crucial art of defence.

1. If I’m in a position where I can’t move, I like to parry. As they come in, you make them commit. Or you can keep the pressure on from the front foot, and make them throw.

2. Feints – shoulder, head, foot feints – can make them throw, then as their shot comes in I’ll use my front hand to block, turning my rear hand around a little bit to catch and parry the punch.

3. Then as I block, I move my head and I have my lead hand free to throw a counter shot that they won’t be ready for – either a hook or an uppercut.

1. I move my head and upper body to the inside, making sure to keep my lead hand up just in case they come in with a short shot.

2. You take make a small pivot to the inside in anticipation of the uppercut you are going to throw, as the power comes from the legs.

3. You drive up from the floor, twisting the back and your hips, letting the power move through your legs and into the shot. You can use the uppercut to the body or the head.

1. If you’re coming back from a slip, you can only come back with one hand, really. When you roll, you can use both hands. You dip your knees as the shot approaches.

2. You can make them miss by an inch or 20 inches but an inch is all that matters. Bending the knees more, the roll comes from your legs.

3. I come back up, primed to counter, with the whole of the side of my opponent’s body exposed.

This article is an extract from a larger piece in Total Fight Training, the ultimate guide for combat sports participants, currently available on the Boxing News app on iTunes, Google Play and from www.pocketmags.com