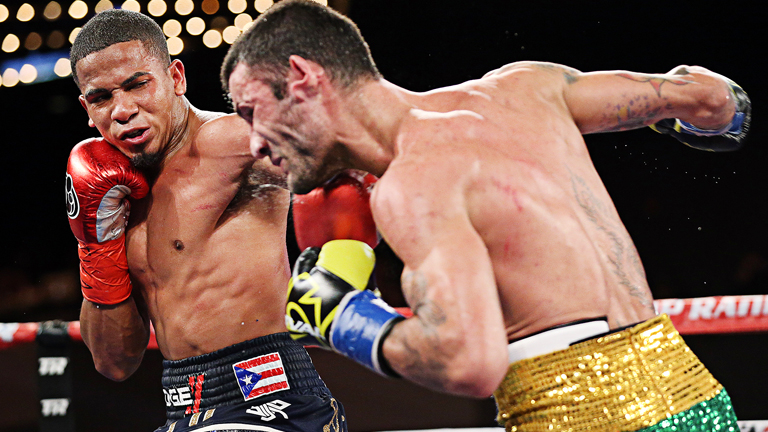 Felix Verdejo is reportedly in a stable condition

LIGHTWEIGHT contender Felix Verdejo was hospitalised Sunday night after being involved in a motorcycle accident in his native Puerto Rico.

Local police confirmed the 23-year-old had been taken to hospital, where he is said to be in a stable condition.

“He’s being treated for head trauma and lacerations to the face, head and his whole left arm, and he is in stable condition,” Carl Moretti of Top Rank, Verdejo’s promoter, told ESPN.com. “They have him sedated.

“We are waiting for further details on his condition. There is no reason to speculate on anything.”

Verdejo, unbeaten in 22 professional outings, was on the verge of a world title shot. The WBO installed him as their mandatory challenger for Terry Flanagan’s world title, and Bob Arum – Verdejo’s promoter – was attempting to feature that contest on the Manny Pacquiao undercard in November.

At this stage it remains unclear how serious his injuries are and whether they will affect those plans, though naturally the main concern is that he makes a full recovery.