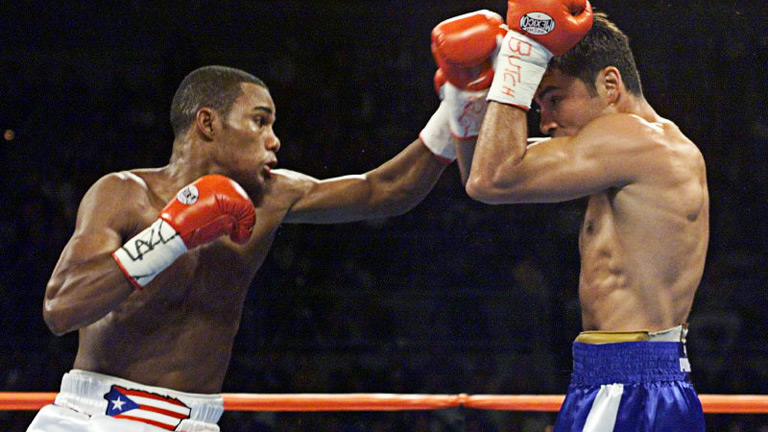 Puerto Rican legend Felix Trinidad has poured cold water on any chance of a rematch against Oscar De La Hoya, with both men now 48 years old

BRINGING much-needed sanity to a sport ever in danger of losing the plot this week is Felix ‘Tito’ Trinidad, who, unlike many of his peers, has revealed he will NOT be returning to the ring at the ripe old age of 48.

Goaded recently by Oscar De La Hoya, one of his former opponents, the Puerto Rican legend seems to have reacted the way any self-respecting fighter should when issued any such callout in their late forties: with pity.

“He (De La Hoya) was left with the desire, but I’m not coming back to boxing,” said Trinidad on Telemundo, via Carlos Narvaez/BoxingScene. “We offered Oscar the fight eight times. Eight times he had the opportunity to face me since I beat him on September 18, 1999 and he did nothing. I am already retired.”

In responding this way, Trinidad impressively takes the moral high ground and makes it – ‘it’ being retirement, of course – look easy. Though he too outstayed his welcome in the sport (as evident in a 2008 fight against Roy Jones Jnr, which really didn’t have to happen), Tito, it must be said, has successfully kept at bay the temptation to return in the past 13 years and has, as a result, remained a fighter to be respected, not mocked.

Forty-eight-year-old De La Hoya, on the other hand, inactive since being stopped by Manny Pacquiao in 2008, has found that same stretch time far more difficult to navigate. It is perhaps why he now spends his time taunting old rivals (chiefly Trinidad and Floyd Mayweather, two men to have beaten him) in the hope of again feeling some sort of relevance or sense of purpose. It is perhaps why he is training to fight 44-year-old mixed martial artist Vitor Belfort on September 11 and, as its headliner, trying to flog what is without doubt one of the most tragic fight cards put together in many, many years.