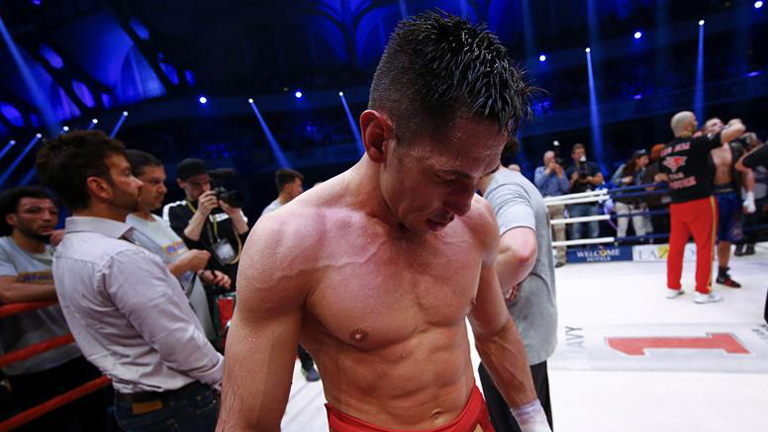 Felix Sturm is out with an injury

FELIX STURM today confirmed he has vacated his WBA world super-middleweight title due to an elbow injury which will sideline him until next year.

Sturm tested positive for an anabolic steroid after his contentious points win over Fedor Chudinov in February to win the title, though protests his innocence.

Prior to the opening of his ‘B’ sample, Sturm has now vacated the belt after suffering an injury which is said to require surgery.

He also says he hopes to return to the ring in May or June of next year, though the results of his ‘B’ sample could change those plans if he is found guilty.

The vacant title now looks likely to be contested by Chudinov and George Groves, who has thrice lost in world title attempts. Chudinov remains the WBA No 1 challenger after his disputed loss to Sturm while Groves defeated Martin Murray this year in  a WBA final eliminator.

Neither Sturm nor Chudinov have fought since their February rematch. Fedor outpointed Sturm in 2015 for the secondary WBA title before the pair fought for the full version this year.

Groves is set to announce his next fight at a press conference tomorrow.