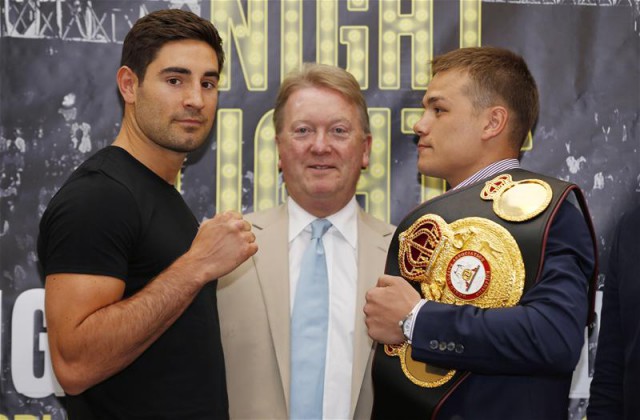 FRANK BUGLIONI’S valiant effort for Fedor Chudinov’s WBA world super-middleweight title was not enough as the Russian outpointed him over 12 vicious rounds.

The champion was on the floor, but as a result of a punch after the bell to end the sixth round, resulting in Buglioni being deducted two points.

Chudinov punished the brave Buglioni over every round, but Frank continued to fire back and should be commended for hearing the final bell.

CLICK HERE FOR ALL THE NIGHT’S ACTION AS IT HAPPENED