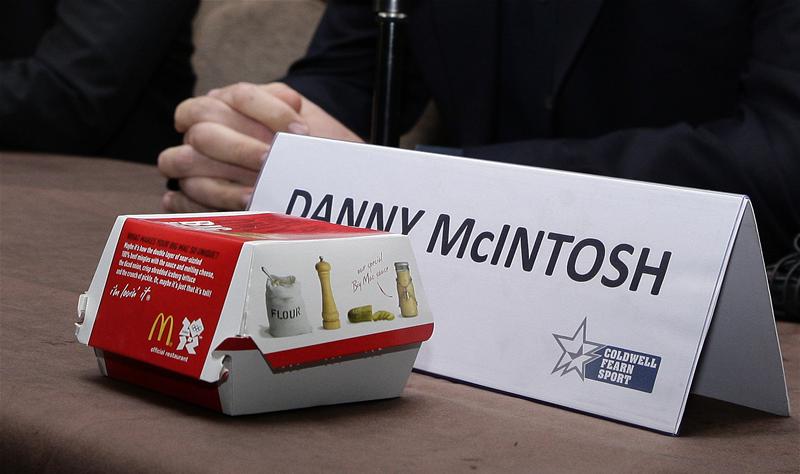 As athletes, whether professional or amateur, is there ever a place for fast food in your diet, asks Soulmatefood's Tom Whitehead

POUND-FOR-POUND king Floyd Mayweather is often seen eating fast food in the build-up to fights. As recently as two weeks ago he was spotted pigging out in an American fast food chain ahead of his upcoming fight with Marcos Maidana.

While there are several high-profile athletes noted for their love of questionable though convenient nutrition, there are a few things to look at behind these public displays of fast food affection.

Is this fast food eating a front for the cameras, showing Floyd’s confidence in making the weight and sending a message to his opponent about how relaxed he is ahead of the fight? Off screen, when the cameras aren’t rolling, he has a personal chef who prepares grassfed, organic and nutritionally sound meals for him at any time of day. It is very unlikely that the real Floyd Mayweather eats junk and fast food when in his home,away from the cameras. If this was the case, could he have reached the heights of his profession? For someone so calculated and dedicated to his sport, leaving nothing to chance, do you think he would let his diet potentially reduce his chances of glory?

Another factor to consider is if Mayweather will be having his pockets lined for being ‘papped’ at these fast food chains. Is there a monetary incentive for him to visit a certain greasy restaurant to generate hype around the said chain?

An additional thing to think about is whether he cuts down on his intake for the rest of the day after the fast food meal. This is another issue that would not be seen when away from the cameras; to compensate for the fast food meal, he may stick to meat and vegetables for the rest of the day, who is to know? Whether or not there are different angles or agendas behind Floyd’s fast food munching, there is also an ethical issue to look at. As an influential role model for younger boxers, is this an image that Floyd should be portraying? The number of younger boxers who may think, “Well Floyd Mayweather can eat fast food and look where he’s got, why can’t I?”

If thinking this, you should also consider that Floyd can probably get away with this due to sticking close to the weight even when out of camp and training extremely hard during the camp, allowing him to be able to have small luxuries when making weight.

As athletes (and all other people for that matter), it would be recommended to stay away from fast food as much as possible. Due to the reduced quality of produce used, highly processed nature, lack of nutrients and empty calories.

However, a fast food meal once in a while, for example, once every two weeks or once a month, will do very little damage to an athlete and can possibly act as a morale-booster or something to look forward to after a week of hard training and eating well.

One area in which fast food does become a problem is when binging occurs after a fight. Fighters are often seen killing themselves to make the weight over the course of their training camp, only to binge on fast food after their fight. This then leads to a gain in weight while out of training and then struggling to make weight again when the next fight comes around. Leading to a vicious weightcut/ binge cycle. Don’t get me wrong, after a hard fight camp and putting your all into training and the fight itself, everyone should be allowed some down-time and to enjoy certain things they have sacrificed, but try not to go mad on the fast food and maybe go for a week of having a fast food meal every other day and then back to a balanced diet after this.

If you have to have a large fast food meal, try to have this meal on a hard training day when energy expenditure will be higher than normal. Many people would have a cheat day on their rest day, for example, Sunday. All this will do is increase fat storage due to an increase in calories and a reduction in energy expenditure. By having the cheat meal on a hard training day, the extra calories eaten may be offset by the calories burnt during training, meaning the meal will have less of an effect upon bodyfat.

If your friends drag you to the fast food outlet or you cannot suppress the cravings for fast food, or even if you find yourself on the road with no other option, here are few options to go for at the most favoured outlets: