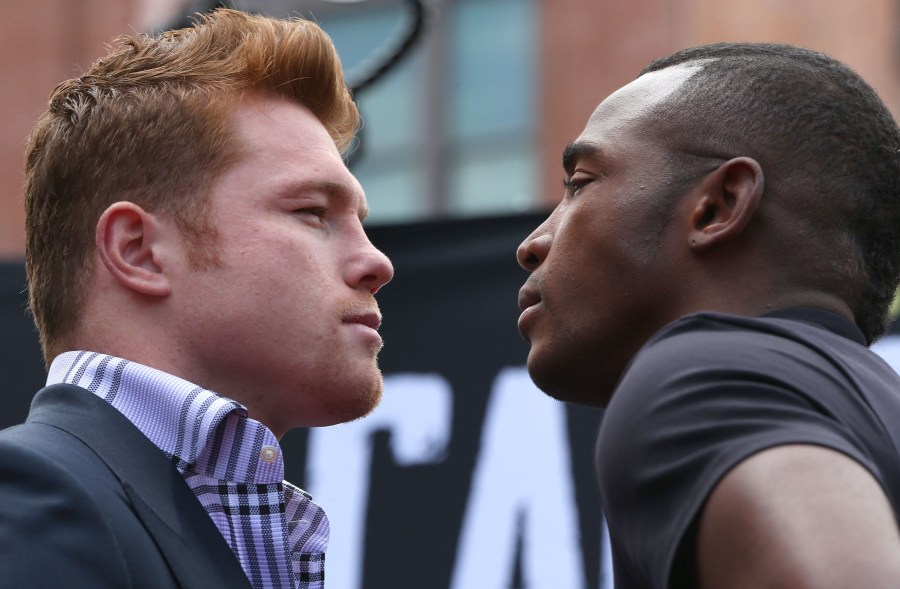 Opinion divided over who wins the Las Vegas Canelo-Lara showdown

Joe Gallagher
“I think that Lara will win this bout due to his incredible boxing ability but I do have a concern whether he can keep his chin out the way for 12 rounds, but if he can do that he will win on points easily.”

Matthew Hatton
“I think it’s going to be a very good fight with a close outcome, Lara’s a very skilled fighter but I think Canelo will win the fight because of his extra power.”

Chris Byrd
“I think this will be a win for Canelo, because of his awesome power advantage and extra stamina, but I do think that Lara will make it a very difficult match for Canelo.”

Colin Hart
“I think Canelo will win this fight because he is a much better boxer than Lara, and I think that the Cuban will just be overwhelmed by his extra strength.”

Brian Magee
“I think that Canelo will win because he is a very gifted fighter and young fighter and I think Lara just won’t be able to handle him.”

Carl Greaves
“I think it will be a close match coming down to one or two points, but I think Canelo will win the fight because he’s stronger and the fresher fighter as he’s 23 while Lara is 31 now.”

Brian Minto
“I think Lara just has the edge in this fight due to his experience and ability advantage but I think he will get caught out by Canelo’s power at some point in the match.”

Kerry Hope
“Personally I think Lara will win as he is the more experienced fighter, and I think he is more technically gifted than Canelo.”

Lenny Daws
“I think that Canelo will win this match because of his power advantage over Lara, also he is the fresher fighter so should be able to outlast him in the later rounds.”

Stuart Hall
“I think it will be a good fight, but I think Lara will win it because of his extra experience over Canelo and he is more talented but he has to be careful for Canelo’s power.”

Bob Shannon
“I think it will be a good fight, a real close match, but i think that Canelo will win because he has the power advantage over Lara and I think he still has something to prove after the Mayweather bout.”