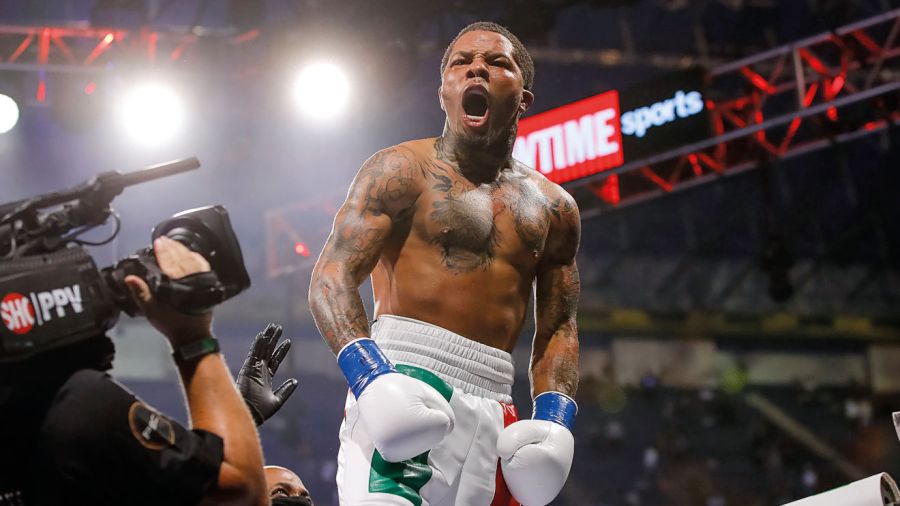 ISAAC CRUZ was not expecting the summons. Four weeks out, he got the call to step into a Showtime pay-per-view against Gervonta Davis this Sunday (December 5) at the Staples Center in Los Angeles.

Given Davis’ burgeoning star power, it is a huge opportunity for the young Mexican. Cruz has worked his way up the ratings. He savaged Diego Magdaleno last year and in June outscored a veteran in Francisco Vargas. His run of victories has seen him rise to number five in Boxing News’ world rankings. That makes this a good match, even if it wasn’t the one that was initially planned. Davis’ original opponent Roland Romero, who faces grave allegations of sexual assault, was pulled from the card.

Cruz may not have had a full camp but he insists he can capitalise on his chance. “I’m ready to shock the world and become the next star in the pantheon of Mexican boxing champions,” he says. “I can guarantee that I’m hungry and motivated to win this fight. I’m fighting for more than myself, I’m fighting for my family and to make my country proud. I know that if I win this fight, it will change my whole career.

“‘Pitbull’ and ‘Tank’ are going to crash into each other and people will be on the edge of their seats.”

Cruz will march forward and look to pressure Davis on the inside. But Cruz risks leaving himself open when he punches and can’t match the Baltimore southpaw’s explosive one-punch power. Davis’ conduct outside the ring has been worrying; last year he was arrested and charged after an altercation with an ex-partner. Most recently he was indicted on various counts after a traffic collision. In terms of his boxing performances, he has looked like the superstar his backers expect him to be. The uppercut he landed to knock out Léo Santa Cruz in 2020 was spectacular. In June he moved up to 140lbs, breaking apart Mario Barrios and stopping him in 11 rounds.

Expect to see his jab setting up those power punches, his hand speed another crucial element that sets him apart from Cruz. Davis should be able to take another stoppage win here.

“Anything can happen in boxing, so I just try to stay on task. I’m always ready to step up to any challenge thrown my way and get the job done,” Davis said. “This is a more interesting fight now, because we both come forward. This is going to be something great for the fans and another exciting night for the sport of boxing. We’re both coming with our ‘A’ games.

“He can say I haven’t faced someone like him, but he’s never fought anybody like me either. I can box and I can hit. We’ll see what he’s saying when he gets hit in the face.

“You always have to adapt in boxing. No matter what comes your way. I’m going to adapt to Cruz. I’m figuring out every day how Cruz is thinking and what he’s going to bring to the fight,” he added. “Cruz has impressed me in his past fights. He comes in there to win. He doesn’t look to just hang in there. He’s not an opponent I can overlook. A win over him would be big for me.”

On the undercard there’s an intriguing super-welterweight match up. Sebastian Fundora at six foot five is astonishingly tall for the division and can box too. He takes on the unbeaten former European champion Sergio García. The Spaniard trounced Ted Cheeseman with a tremendous display of high octane boxing over 12 rounds in 2019. But despite his speed of foot and relentless combination punching, García still doesn’t seem to be a world level fighter. He’ll provide a stern test of Fundora’s credentials but the man from Coachella should overcome him to continue his own progression.

Sergey Derevyanchenko had one fight in 2020, a loss to Jermall Charlo. He had one fight in 2019, a loss to Gennady Golovkin but the Ukrainian is a far better fighter than a 13-3 record might suggest. He doesn’t get an easy outing on this show, Carlos Adames has only lost once in his 21-fight career, but he isn’t the same calibre of fighter as Charlo, Golovkin or Danny Jacobs, the three men who’ve beaten Derevyanchenko previously. If age isn’t catching up with the 36-year-old Ukrainian, he should overpower Adames.

The Verdict Davis and Cruz are expected to deliver an explosive bout of action.