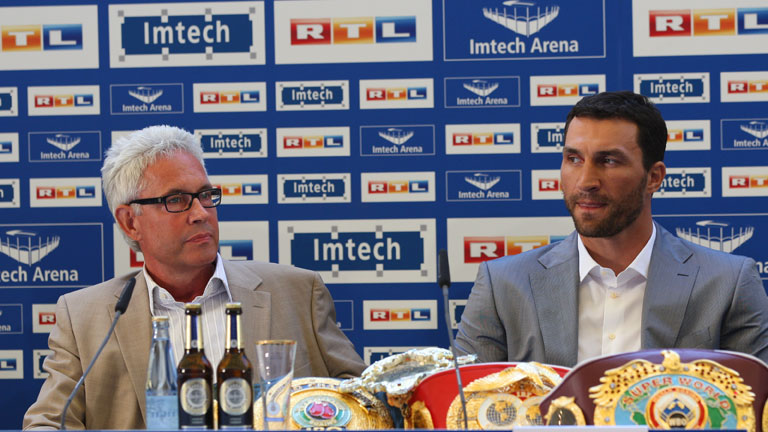 BERND BOENTE, manager of Wladimir Klitschko, has revealed that the October 29 date Tyson Fury has claimed his rematch with Klitschko will be rescheduled for is not finalised.

Tyson, and his uncle/trainer Peter Fury, took to social media with apparent news that the long-awaited rematch had been given a date.

However Boente exclusively told Boxing News that those claims are false.

“There is no news yet on the rematch, no date, nothing. Whatever the guy is tweeting is wrong. Nothing has been finalised yet,” he said.

Boente is currently on vacation but negotiations are still ongoing to nail down a date and venue for the fight, which was initially set for this weekend (July 9) but had to be postponed after Fury injured his ankle while running.

October 8 and 29 were the dates mooted for the postponed rematch, and both are still viable options, but no decision has yet been made. It is still believed that Manchester Arena, the original venue, will stage the fight.

Beside the injury, which Fury will still need a few weeks to fully recover from, a tabloid report recently emerged claiming unacceptable levels of nandrolone were found in Tyson’s system last year. However there has been no official word from the bodies involved and Team Fury categorically deny the allegations.

Fury outpointed Klitschko in a monumentous upset last November to take his IBF, WBA and WBO world titles. He was subsequently stripped of the IBF belt, so will only be defending the WBA and WBO titles in their rematch.