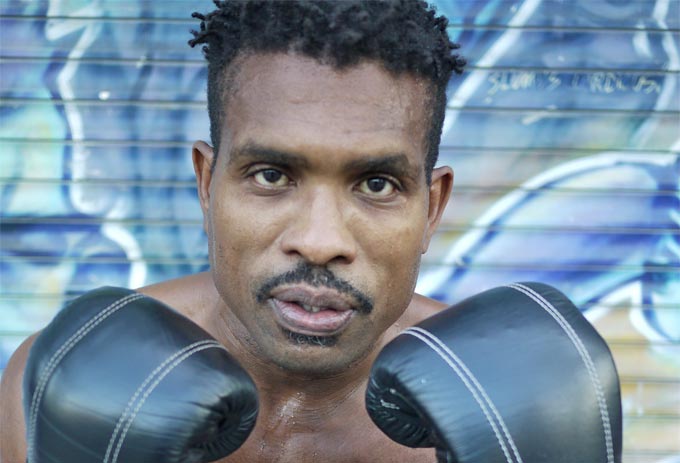 BACK in March of this year, Donovan “Razor” Ruddock, at age 51 and having not boxed in almost 14-years, launched a wholly unexpected and widely criticised comeback. Having dedicated himself to a strict vegan diet and of running up to 10K a day, Ruddock, after close to seven years of clean living, felt he had what it took to box again.

The easygoing Jamaican-born heavyweight, his weight down to 238lbs, got off the floor to stop giant Raymond Olubowale. Then, in May, Ruddock won a six-round decision over sometime MMA fighter Eric Barrak. The comeback will undergo its most intense scrutiny on September 11, when the 1990’s heavyweight contender most famous for his two hellacious battles with Mike Tyson, will attempt to regain the Canadian heavyweight crown. Ruddock, 40-5-1(30), will challenge Dillon Carman, aged 29 and with a 8-2(7) pro ledger. The fight will be the supporting bout to the Adonis Stevenson-Tommy Karpency WBC light-heavyweight title clash held at the Ricoh Coliseum in Toronto.

If Ruddock can regain the Canadian honours that were last his property in 2001, against a much younger, active fighter who is coming off three straight stoppage wins, it will be fair to say his comeback  has been a far more successful one than most people thought it would be. Can Ruddock beat the 6’5” fighter 22 years his junior?

Ruddock, a genuine joy to speak with, his faculties intact and his sense of humour a constant factor in any interview he gives, thinks so. Not only that, but the veteran feels a Canadian title win will lead him to a world title shot:

“This is the route I said I’d take,” Ruddock says. “To win back the Canadian title, for the third time (laughs) and then go for the world title. My belief is, my shot [at the world title] will eventually come. Big Country (Carman) is a pretty good fighter but I’m not worried. I have a very good vibe and I’m looking to create new memories, not just live in the past.”

It will be interesting to see where Ruddock will be ranked should he manage to defeat Carman. Could that unlikely world title shot, as improbable as it would remain, be one small step closer should “Razor” win comeback fight number-three.