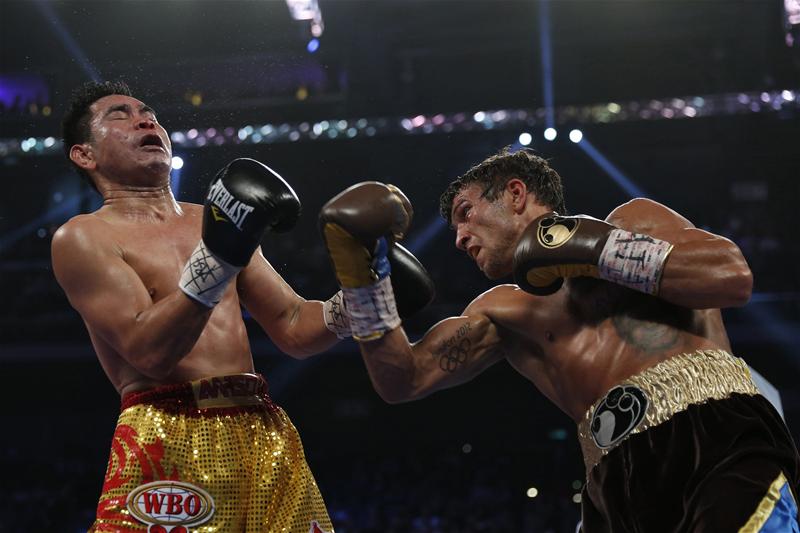 Vasyl Lomachenko wants to unify the feathweight division. That could be just the beginning, writes John Dennen

“I DON’T think that feeling can come back again.”

Vasyl Lomachenko achieved his heart’s desire in 2008, in Beijing, when he won the Olympic Games. He was 20 years old. “It was when everything I dreamed came true. That’s what I was going for all my life, that’s what I was training for. It’s everything. That was Beijing,” he said. “For me the Beijing gold medal is everything. I don’t have even the words to describe it. I don’t even know how to say those feelings.”

His efforts to recapture the extraordinary elation of that moment have been unparalleled. He’s still searching to recapture it. He won two amateur World championships and a second Olympic Games. As a professional won the WBO featherweight world title in a mere three fights. But he’s still not there, still not where he was. The joy of it is somehow distant, the pitch of the emotion diminishing. Maybe he has to go further still, to win every title going in his division. “If even I can compare, right now, it’s going to be when you have all the titles. I’m going to be unified,” he said, before adding, “I don’t think that feeling can come back again.”

That’s the melancholy of winning. The moment passes.

Vasyl Lomachenko turns on the style in Macau