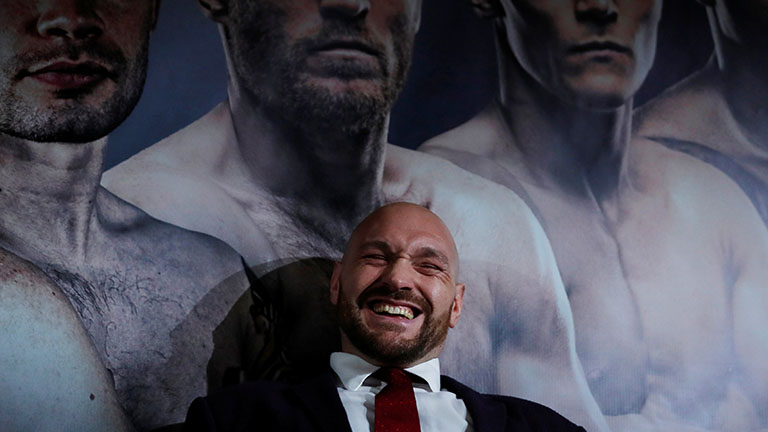 AS Tyson Fury is set to return on June 9 at the Manchester Arena, the former world heavyweight champion will compete for the first time with new trainer Ben Davison.

The 25-year-old Davison linked up with Fury after being introduced by a mutual friend in WBO middleweight world champion Billy Joe Saunders. The pair have gelled since teaming up together but the new trainer insisted there is not one stand out thing which makes them a good match.

“There’s not really one particular thing, it’s a combination of things,” Davison said. “I think one of the benefits that sometimes people throw upon is we’re a similar age, I think that has helped with our relationship.

“Making things enjoyable, things haven’t always going to be monotonous and boring, we can have fun. But when we step in the gym and get working it’s a trainer-fighter relationship and outside of that we’re friends.”

Although Davison is a relatively new face to the boxing world, the former Stevenage football player has been a part of Saunders’ team in the past. Davison led Saunders to a successful world title defence against Artur Akavov in December 2016. Despite the victory, Saunders at his own admission underperformed and much was made of Davison’s inexperience in the corner. Despite this criticism Fury’s new trainer refuses to use the comeback of the ‘Gypsy King’ as a platform to prove any doubters wrong.

“They’re the men that get under the lights and it’s all about Tyson.”

“The trainers are there to help and guide and obviously play their role but all credit should go to the man, the fighter, because that’s what it’s all about” he continued.

Fury’s opponent has yet to be announced, but the former unified champion told Boxing News he is targeting four fights this year. Davidson offered a different perspective, as he said they will take each fight as it comes and access the situation afterwards. Davidson explained, “You have to take it fight by fight, the most important thing is the rounds, you have to access after each fight.

“If it’s a long duration fight, a hard fight, that could impact how many fights we have in the rest of the year, injuries can play apart, so you just have to take it fight by fight and assess after each fight.”