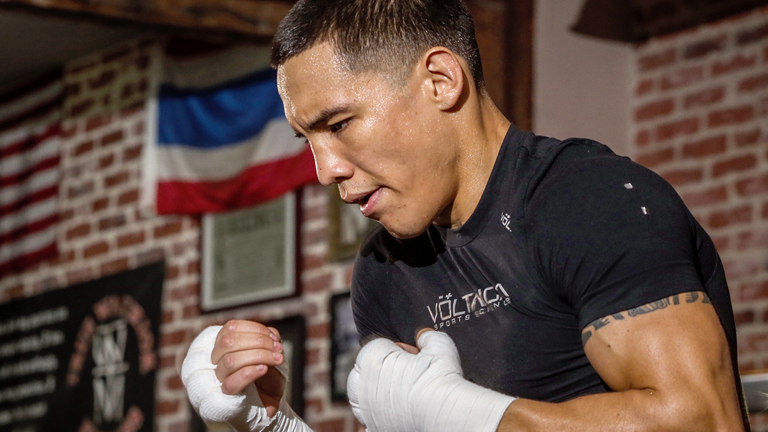 FEATHERWEIGHT WBO world champion Oscar Valdez is an exciting, all action fighter. He could well be the ideal opponent for Carl Frampton, the star from Belfast who recently lost his WBA crown in a rematch with Leo Santa Cruz.

“Can you imagine Oscar Valdez versus Carl Frampton? A big fight. He wants to unify to make a statement but when you have fighters like Carl Frampton or Abner Mares these are big name fighters that you don’t need a belt to make a good fight like that,” Manny Robles, Valdez’s trainer, told Boxing News. “Oscar wouldn’t have a problem crossing the Atlantic to fight Carl Frampton. I’m sure he wouldn’t have a problem with that. He wants to fight the best. He wants to be the best. It doesn’t matter how, where, when. I know my fighter, I know what I have and he wants to be considered pound for pound one of the best fighters in the world.”

Robles believes his man Valdez proved himself in his last fight against Miguel Marriaga. “He made a hell of an impression. He made a statement, gave the people what they wanted, what they paid for. He gave them excitement and he proved to the world he deserves the big names, he deserves the big matches. Oscar wants to unify. It doesn’t matter who that champion may be,” the trainer said.

“He wants the green belt, he wants the WBC belt. It doesn’t who holds it. He wants that belt. Without disrespecting any of the other champions, Lee Selby with the IBF, then of course Leo Santa Cruz with the WBA. He wants the big fights.”