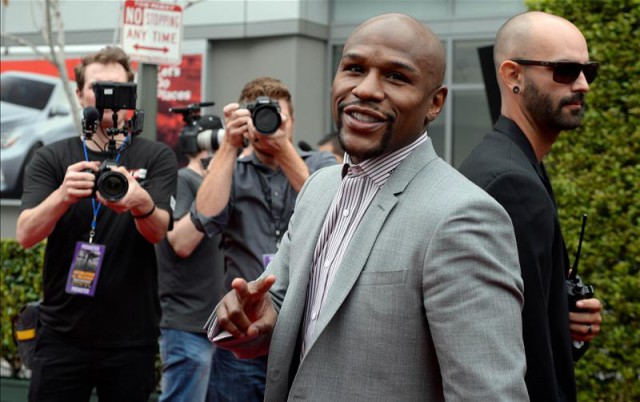 THE interest is building day by day for the Floyd Mayweather-Manny Pacquiao showdown.

In my eyes and in my heart, I don’t think there’s anyone right now who can truly beat Mayweather. But age might soon start to catch up with him.

What is also interesting about this fight is that Manny is a fast starter who will come out firing on all cylinders. But Floyd is not a fast starter; he likes to get behind his jab, employ a bit of movement, pick up the pace and then start going through the gears. That might be a mistake because Pacquiao will come out very aggressive in the early rounds.

Manny has that phenomenal speed. He’s quick on his feet, and he’s quick with his hands. When they are working both together, and he’s in and out he can be affective. But there’s no use going in and out if you can’t deliver the punches at the end of it. Pacquiao might struggle to land cleanly on Mayweather, but Manny will be easier to hit.

It will be a 12-round fight. And something is telling me that a fight of that magnitude could possibly end in a draw. Although logic tells me Mayweather wins, a draw – or controversy – would be no surprise to me.

HAMED: Brook and Khan need to put their balls on the line