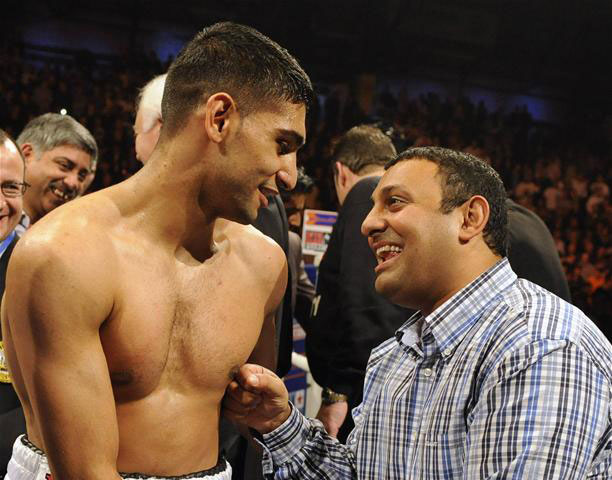 I KNOW how far Kell Brook has come and I know how far he can go.

Like me he started boxing at a very young age. I remember him because, out of all the kids there, he was the only one who could do a back-flip. He was always doing somersaults and acrobatics, and he was very confident doing them. But nobody really picked up on his boxing ability, nobody really took much notice. Then it all changed suddenly. He was winning everything as an amateur, and serving his apprenticeship very well. He’s getting better as he gets older, he’s found his style and he punches very, very hard.

I was overwhelmed when he won the title, and I’ll be even more delighted to see him establish himself as world champion. Once you’ve become champion you have to prepare even harder. We were always told when we were young that it’s not winning the title, it’s keeping hold of it that’s hard. For me, it came naturally. One defence rolled into two, and into 10, and into 15. Likewise with Kell, as soon as he knew he was going to fight for a world title his attitude changed. He knew he was going to win and he’s retained that determination and positive attitude. He’s going to train even harder, and he’s going to go even further. There will be no complacency. He knows he’s in a very dangerous division, and he knows there’s some serious money to be made. Kell and his father have their sights set on becoming multi-millionaires and they can achieve it if they follow the right path.

In the UK, Amir Khan versus Kell Brook is 10 times bigger than Carl Froch-George Groves. It’s been building for such a long time. They’ve sat together on Sky Sports and you can see the animosity between them. You can tell that one of them got the better of their sparring as amateurs. I know Kell really wants the fight. But Amir feels like he has bigger fish to fry and it shows how much he’s accomplished to be able to sit there, despite not being world champion anymore, and pick and choose who he is going to fight.

I look forward to Kell Brook going and signing a big deal in America. He is on the verge of being able to go to Al Haymon and saying, ‘Bring out your best, because I am the best.’

I always had a feeling, a vision, that Kell was too strong for Amir and would possibly knock him out. Then Khan was virtually flawless against Devon Alexander and it changed the dynamic in my mind. It’s a hard fight for Brook but one that they both need. Anytime in the summer put the fight in Wembley Stadium. It would be a sell-out. It would make or break the other for future fights in America.

Put your balls on the line and it’s winner takes all.