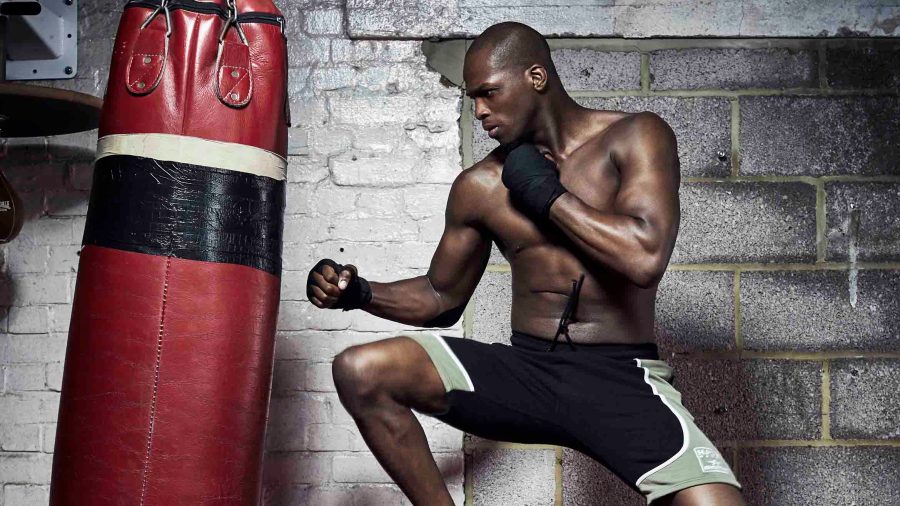 MIXED martial artist Michael Page refuses to take Conor McGregor’s foray into boxing, against Floyd Mayweather no less, seriously. But he insists his cross-over from MMA will be different, and recounts sparring stories to prove it.

“I’ve been in MMA for about six years now, 12-0. I famously kneed someone in the head – got knockout of the year last year, gone viral for crazy knockouts,” Page tells Boxing News. “I’ve always wanted to box, I’ve always sparred boxers and do well against them.”

He has signed with promoters David Haye and Richard Schaefer and will continue to compete in Bellator, the MMA organisation, as well as boxing. “I want to be the first person to win a world championship in both disciplines. I’m still going to be doing my MMA. It’s going to be a tough road but I’m looking forward to the challenge of being able to hold that belt in both,” he said.

He’s had run-ins with James DeGale and Chris Eubank Jr. He said, “I went up to Brighton to spar with Eubank and it was all good… He threw a bit of a hissy fit after not getting his way. My style’s very awkward. To be fair any boxer if they took the time to go through the annoying stage at the beginning, for my type of style, you’d find me out later in the round. Because of the movement, the angles that I hit people from, the length I hit people from, he didn’t enjoy himself. He kind of just blew up at the end so I ended up leaving.”

He also says he had a “very good spar” with IBF super-middleweight champion James DeGale. “I think he was already annoyed with me. I sparred one of his team-mates before and again I was having my way with him,” Page said. “I think he got annoyed at the stylistic side of me and when he came in, he put his hand out to touch gloves, I went to touch gloves and he hooked me in my face. It wasn’t playful. He hit me with a big shot.

“We went to work, did a couple of rounds with him, he was getting frustrated at the movement, the shots that I was landing. We fell into a clinch and he headbutted me twice, so I took off my gloves… It all kicked off again.

David Haye insists, “Make your opinion when you’ve seen him. I’ve seen him, and I know sparring is different but he his boxing ability, he was kick boxing world champion 10 times, he’s now 12-0 as an MMA fighter. Whichever sport he focused on, he would be a success in. I’m just fortunate that Richard’s relationship with Bellator has allowed him to come and work with us. That shows the confidence Bellator have in him – they’re not worried about him in boxing. We’ve talked to his coaches and heard the tales of these sparring sessions that he’s had, and they’re confident. This is unprecedented – he sells out arenas in MMA.”

Schaefer added, “Bellator are one of the top two MMA promoters and for them to allow him to enter into a promotional agreement with boxing is ground-breaking.”

Page maintains approach to boxing is fundamentally different from Conor McGregor’s. Michael will train with renowned boxing coach Ismael Salas and plans to take time to learn the sport and develop. As for Mayweather-McGregor… “It’s a very expensive exhibition fight and it’s probably going to be Mayweather’s 50-0 and the easiest fight he’s ever had in his career. I don’t take anything away from McGregor as an athlete and as fighter. But it’s just not your world. I have to be realistic. When I come to in this world I have to do the four rounds, six rounds and work my way up. Because I respect the sport. He’s going to the top, and to be fair if I was given that opportunity as well I would still take the fight financially speaking. Let’s say the money’s taken away, you’d have train a lot longer than you’re training and now you’re going to be doing all these press tours, you need all that extra time to be training. And even then [he’s against] someone that’s done it his whole life,” Page said.

“I genuinely believe he has no chance and I’m a fan of McGregor.”