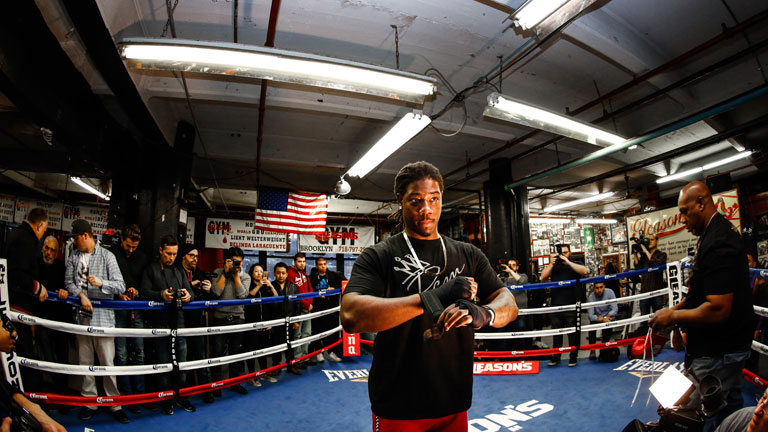 “I’ve just woken up from a little nap,” IBF heavyweight champion Charles Martin tells me and it’s hard not to sympathise with the unbeaten giant. His first defence, against Anthony Joshua in London on April 9, is just over seven weeks away, but the Missouri man has been flown over to the site of the contest, fulfilled obligations to promote the show on Sky Sports’ Gloves are Off show and the channel’s various other platforms and will fly back after tomorrow’s (February 19) press conference. And he’ll have to make the journey all over again in April. He’s jetlagged to a significant degree. “I’ve been busy all day running around. I’m getting tired, we didn’t leave the outside of the facility all the time we were there and it was dark when we left, and I leave tomorrow. I don’t care about any of that stuff though, it’s an easy adjustment.”

But Charles, as friendly and gracious as he proves over the telephone from his London hotel, is not a natural raconteur. Unaccustomed to the harsh media glare, Martin readily admits he’d would not accommodate all the requests if he were not obligated to.

“It doesn’t mean nothing to me, they flew me halfway around the world to promote this fight, but I’m not really a talker and it’s not in my interest to do that stuff,” he explains, with good grace and not a hint of any moodiness that could easily be forgiven. “But we did it and next time I see him will be before the fight.

“I respect everybody, you’ll never see me throw a hand grenade towards anyone, or be real aggressive [outside the ring]. I’m a humble man, I don’t like talking smack and I stay myself. I’ll always be myself, I ain’t gonna change for nothing. He’s a cool, straightforward cat, you can only get so much from a short meeting but I can see he’s a straightforward guy, there’s nothing wrong with his character. I ain’t really interested in interviews, that ain’t my style. I could not do it and feel real good about that.”