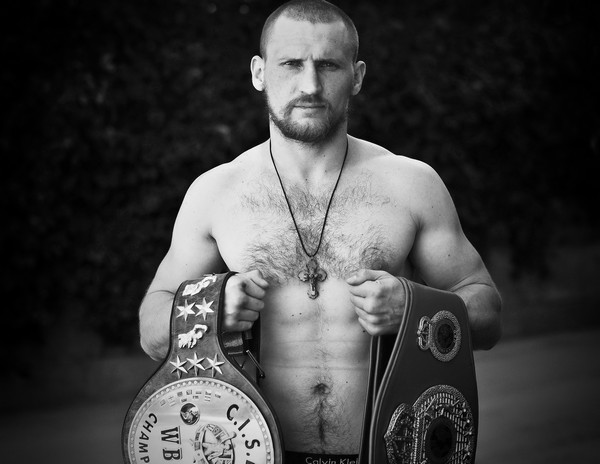 James Slater talks to a cruiserweight with concrete fists

RUSSIAN HAMMER Dmitry Kudryashov is fast making a name for himself as one of the cruiserweight division’s hardest hitters. Currently 17-0 with all 17 pro wins coming via stoppage – the man from Volgodonsk not yet having gone further than the seventh-round – Kudryashov blasted out two familiar names in his most recent outings.

His aim to win world honours at cruiserweight, Kudryashov also has an eye on moving up to heavyweight in the future.

Here the man who turned pro in July of 2011 and who has scored ten KO wins inside two-rounds or less speaks to Boxing News about his career:

Q: Congratulations on the quick win over Francisco Palacios, who had never been stopped before. Were you surprised yourself when you took him out so quick?

Dmitry Kudryashov (as translated by Vasily Kostenko): “Thanks for your congratulations. Before that fight, I was not surprised when I scored KO’s against all sixteen of my opponents, so I didn’t think I could not make it 17 times [I have won by KO]. I was very well prepared for this fight, so I had thoughts I would finish it ahead of schedule.”

Q: Does the Palacios win rank as you best yet, above the quick win over Juan Carlos Gomez?

D.K: “For me, every victory is important, because each of them brings me closer to my goal – to win the world championship belt in [at least] one of the four major organisations. In every victory you can find something good and something bad.”

Q: What was your amateur career record and did you also have some MMA bouts?

D.K: “I did not have a long amateur career. I did take part in some Mixed Martial Arts bouts, yes. My amateur boxing record was 149 fights, with 13 of these being losses.”

Q: And who is your head trainer now?

D.K: “Nikolay Timofeev. He has been with me right from the very start of my career in pro boxing.”

Q: You clearly have great punching power, but how would you describe your overall fighting style?

D.K: “My punching power is not the main part of what I do in the ring. For me, it is more interesting practicing technique and studying tactics – the beauty of boxing, so to speak. For me it is important to study an opponent during the fight. I think I do this well, going by my early victories.”

Q: Has anyone tested you or hurt you yet so far in your pro career?

D.K: “As of the present time, I have simply and tactfully dealt with all of my opponents, so I cannot say this has been the case, no.”

Q: You have so many quick wins, are you at all concerned about having to go the full 12 rounds one day?

D.K: “I have no fears about this. Do you not think I have passed the test of going [in sparring] the full distance in training? And during a fight, I start throwing power punches right from the start, because I feel I have a reservoir of strength.”

Q: Who do you think is the best of the current cruiserweight world champions?

D.K: “If you look at Boxrec.com, the best in the world is Grigory Drozd (the WBC champ), so I call him the best. I think he is not only the best because of his ranking, but because he beat the “traditional” champion, Krzystof Wlodarczyk.”

Q: All your pro fights have been in Russia. Have you any plans to box abroad, in the U.K or in the U.S maybe?

D.K: “Of course. I would like to box in the U.K or the U.S, but I have a team around me and it all depends on the plans my promoter, Andrey Ryabinskiy, has for me. But I am ready. I do not care where I go to fight in the ring.”

Q: Do you make the cruiserweight limit easily enough and/or do you have any plans on moving up to heavyweight one day?

Q: Do you have a favourite punch?

D.K: “I have won my KO’s with different punches, but I like my left hand. I like the performances I have had using my left.”