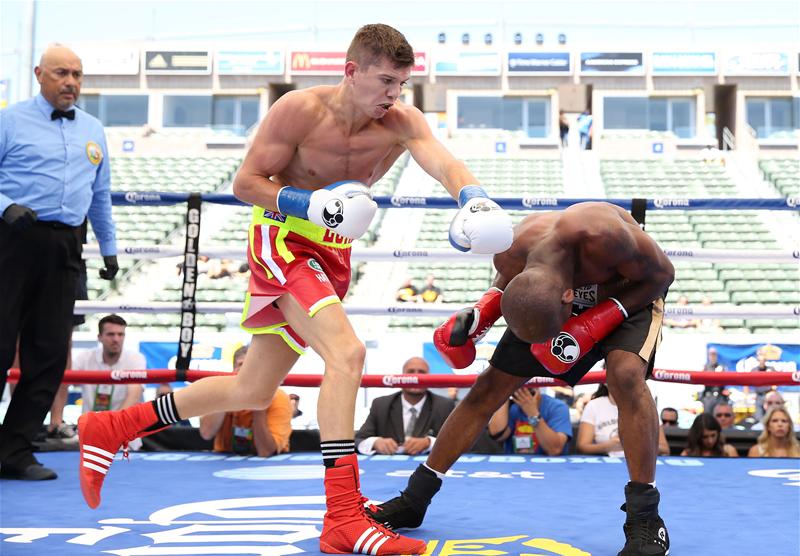 His father's serious illness had forced Luke Campbell to withdraw from boxing. But now the Olympic gold medallist returns to action in Hull, writes John Dennen

A BOXING ring is rarely a peaceful place. But at the moment for Luke Campbell a fight will be a refuge from what he’s facing outside the ropes. His father is gravely ill and Luke initially had to withdraw from Saturday’s show in Hull. But Campbell has decided to fight on. “It’s a good switch off that’s for sure,” Luke said of the bout. “It’s a good switch off and gives me something to focus on. And knowing that everyone wants me to keep doing what I’m doing, is a good thing.

He had been in training and eventually decided to return to action. “My team and myself had a think about it,” he said. “We thought if I’m mentally right then let’s do it.

“It gives me focus and everything like that. I’m ready to get back out there and do what I do best and [see] everyone enjoy watching me.”

He hasn’t boxed competitively since October, when he dominated Daniel Brizuela, but he has trained diligently. Indeed earlier this year he went over to American to put in some work with Cuban coach Jorge Rubio. He learned “all sorts of little bits and bobs”, saying, “It was just good to get out of your comfort zone and put yourself in different situations, round different people and stuff like that.”

Campbell wanted to see Rubio’s methods in particular because the Cuban is Guillermo Rigondeaux’s trainer. “He’s one of my favourite fighters. I think he’s the best fighter on the planet,” Luke says.

Campbell will get an opponent at short notice for March 7, the 11-1-1 Levis Morales is most likely in the frame, but he is unruffled. “You’ve just got to get on with it,” he said.

While the simpler problems of a boxing match might clear his mind for however long the fight lasts, he can also take comfort in the warm reception he enjoys from the Hull faithful. “When I went back on the show, everybody started buying tickets again and it showed that I’ve got a real loyal support from fans which is really nice to know,” he said. “I’m excited to get back.”