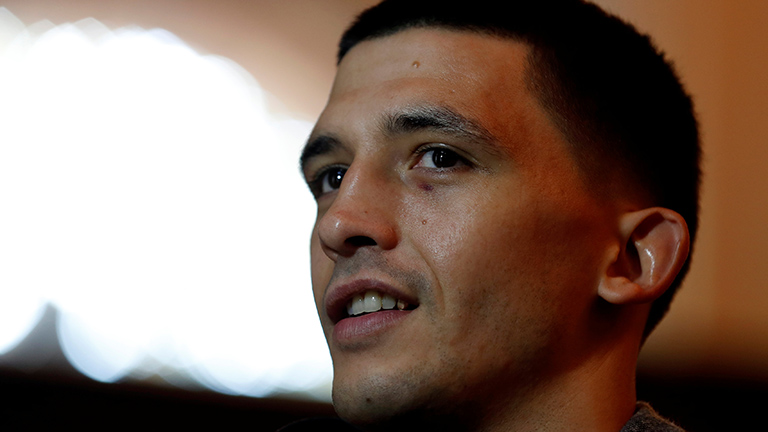 Lee Selby looks forward to the defining fights ahead of him. He speaks to John Dennen

There are two significant hurdles Selby must cross first. He has to defend his world title at the Copperbox Arena in London on December 9 and then meet mandatory challenger Josh Warrington.

“My main focus in on December 9. Come through that okay, I’ve got my mandatory Josh Warrington. Frampton’s signed with Frank Warren. That fight’s bound to be made if I come through the first two,” Selby told Boxing News.

“[Frampton is] a very good fighter, an elite fighter. Proved himself at elite level, punches very hard, he’s got boxing skills. He’ll be a great fight. I just want to be involved in the big fights.”

He is happy to travel to Leeds to box Warrington. “A fight’s a fight. I don’t care where it is,” Lee said. “I don’t know why he is obsessed with me but at least he’s calling me out.

“He’s the only one calling me out. Now he’s got himself in the mandatory position, the fight has to happen.”

He is looking forward to December 9 and appearing on BT Sport for the first time.

“It’s great, I’ve boxed on all the different broadcasters, ESPN, ITV, Sky Sports, Sky Box Office and now I’m going to be shown on BT Sport. It’s going to bring in a whole other load of different viewers and sport fans so it’s only good. Onwards and upwards.”