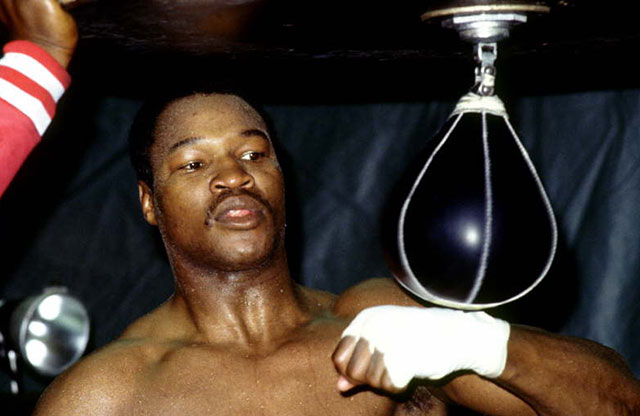 Larry Holmes, talking to James Slater, picks out some key moments from his Hall of Fame career

Who of your opponents had the best jab?
Larry Holmes: “Muhammad Ali jabbed real well. He didn’t have as much authority with it [as I did with mine] but his was pretty good. But everyone I fought, THEY had trouble with my jab. No-one could get away from it.”

Of all your achievements, which means the most to you?
“The night of June 9th 1978 when I beat Kenny Norton and became heavyweight champion. They all said I wouldn’t do anything, even after I won the title they still said that. [becoming angry] Dick Young said again and again and again that I couldn’t do anything. And [Howard] Cosell, he told me [after I beat Norton] that he never knew I could fight like that. But they were all critics. My next best night was when I beat [Alfredo] Envagelista, because I made $1.2 million that night. That was great, a dream come true. When I fought Norton I got a little over $100,000, no money.

Another guy you wanted to fight was George Foreman, and it nearly happened in the late 1990s.
I wanted to fight him because I would have made around $10 million. I think I would have worn him down because he would have had to have fought me every single round. He would intimidate you with his size, but I wasn’t intimidated by any of that. I knew that my jab was sharp and as long as I was in shape I’d have won. But George is a good guy. I don’t want to take anything from anyone who works had with their talent. George’s talent could knock you out. Everybody has at least some talent. All I cared about was making money with my talent so I could feed my family.