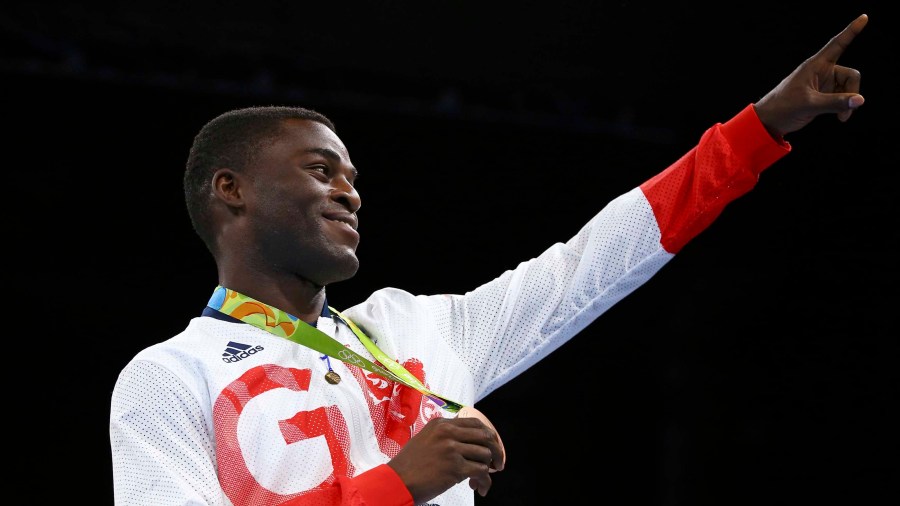 OLYMPIC bronze medallist Joshua Buatsi has completed his university degree, joined a training camp with GB Boxing and is considering his next move.

Before his heroics at Rio 2016 Buatsi had received no offers to turn professional. “Zero, nil. N. I. L. So the tables have turned and it’s quite interesting. Leading to the Games, the other boys got the attention,” he told us.

Now of course offers are coming in from all the major players. “It’s good stress,” he says.

Speaking in an exclusive interview with Boxing News, he continued, “If I were to go pro, I don’t know who I would go with. What I do know is I’m looking for a platform to show what I can do. They say I’ve got a fan friendly style, or a TV friendly style but I just want to box and entertain people.

“I understand that professional boxing, you have to win but it’s about entertaining people as well and it’s something that I would look to do myself. Because I know when I go to fights, I like watching fights but if it’s an exciting fight it always stands out. So I want to be that exciting fighter.”

His unhurried, studious approach, should stand Buatsi in good stead. “Completing the degree helps but the thing is I have to realise that it’s totally different from amateur boxing in terms of the business side of it. In amateur boxing, Great Britain does everything for me and I box. I fly, I fight, I win, end of. This is different. So as much as I think I know a little bit. I can’t make the mistake and think I know everything because I don’t. I’ve never been a professional before. I don’t know much about being professional boxer. I reason better and I ask a lot of questions because of education but I don’t try to go on like I know everything. Because I actually don’t, especially with this professional boxing stuff. I’m trying to learn all the time,” he said.

The landscape for professional boxing in the UK is changing. As well as Sky, BT Sport have moved into broadcasting the sport, joining forces with Frank Warren and BoxNation, plus terrestrial channels ITV and Channel 5 are now screening boxing. Even in amateur boxing, there are options to potentially stay with GB and compete in the World Series of Boxing.

“What I can say is maybe another month, a month and a half it’ll be clear what I’ll do. For example my contract expires in March.”

When it comes to considering professional options, he’ll also need to think about trainers to work with and so forth. “I haven’t be around pro gyms at all because I started boxing in a small gym [South Norwood & Victory] and only working with a few people and it’s worked for me so I don’t see the point in changing it. I’m happy with my trainers, my club trainers that I’ve got. One thing I do think is that I need someone that knows a lot more about professional boxing,” he said. “We’ll both be new to it, so I do think I’ll need that.”

It may be a complex process but Buatsi likes the sound of the challenge. “New things for me are quite exciting. Walking out for the Olympics I was nervous but excited. I didn’t know what it was going to be like,” he said. “Boxing in the World Series, I lost my first fight in front of the whole of London… But it was exciting times. I wanted to do it. I was like do you know what, it’s the unexpected.”

“Getting the Olympic medal changes everything, doesn’t it?” he mused. “To think that your life changes over three fights. It’s not sad to think, it’s a good thing.”