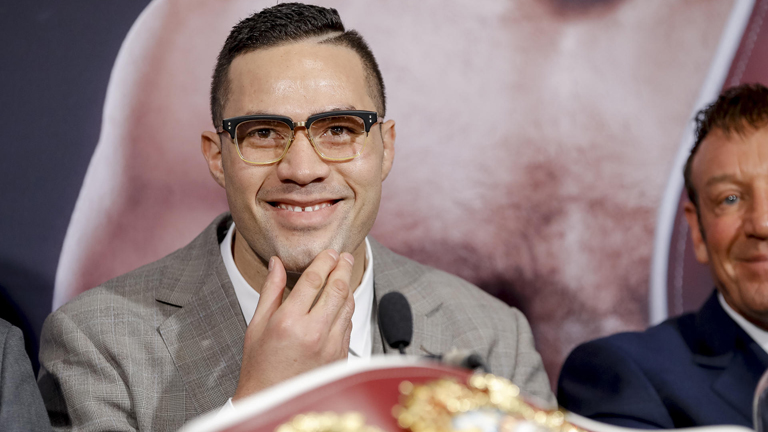 Joseph Parker has joined the chorus of condemnation for Jarrell Miller’s Anthony Joshua tirade. He speaks to John Dennen

JOSEPH PARKER has joined the chorus of condemnation that has greeted Jarrell Miller’s attempts to rustle up a fight with unified heavyweight champion Anthony Joshua.

Earlier this week, while Joshua and his next challenger, Alexander Povektin, were sharing a platform in New York to announce DAZN acquiring the rights to their September 22 fight, Miller, who is also joining Matchroom promotions and DAZN, lurked behind him on the stage to hurl insults. It resulted in a testy face off between the two and afterwards Miller continued to make distasteful comments down the lens of any available camera.

Joseph Parker, a former heavyweight world champion and Joshua’s last opponent, was distinctly unimpressed. “I think he stooped too low,” the New Zealander said of Miller. “I saw something that Lennox [Lewis] said, when you say stuff like that, if I was champion and you said something about my mum, I wouldn’t even let you fight.

“I think everyone agrees when you bring parents into it, it’s different.”

“If someone talked about my parents I would feel the same, I would be very angry,” he continued. “If it’s Joshua and Povetkin, you should it leave there.

Before Parker got to fight Joshua, he had to get through a clash with contender Carlos Takam, he won a vacant WBO world title against Andy Ruiz. While Miller is making a lot of noise he hasn’t fought anyone at that level. He did not take up the opportunity to fight Kubrat Pulev in an IBF eliminator and has not fought someone of the calibre of Dillian Whyte, whom Parker will box next, in London on July 28.

Without needing to indulge in trash talk of that kind, Parker has fought in heavyweight unification with Joshua in front of 80,000 fans at the Principality stadium in Cardiff.