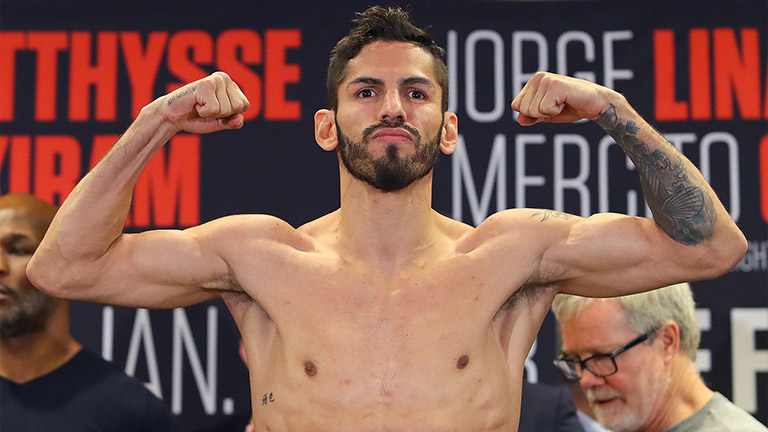 Ahead of the biggest fight of his life, Jorge Linares leaves his trainer. James Slater reports

EARLIER this week a story surfaced that said Cuba’s Ismael Salas had parted ways with lightweight champion Jorge Linares – this after a long and successful working relationship between the two. Initially, Salas denied the rumours, but he has today – in an exclusive interview with Boxing News – confirmed that he and Linares have indeed split.

The last thing a fighter needs when heading into the biggest fight of his entire career is a switch in head trainers, yet this is what the reigning and defending WBA lightweight king will have to deal with as he approaches his big fight with pound-for-pound king (in the opinion of many) Vasyl Lomachenko.

Very kindly taking some of his valuable time to speak with BN earlier today, Salas spoke about the breakup with Linares:

Q: You two are no longer working together?

Ismael Salas: “Unfortunately, no, Linares is not with me any more. He prefers to stay and train in Japan and in Las Vegas, and I cannot move from London because of my training with David Haye, for his rematch [with Tony Bellew] in May. So at this point, we have split, yes.”

Q: Jorge is of course taking on Vasyl Lomachenko on May 12. Without you training him and in his corner, can he win the fight?

I.S: “[Long pause] He [Linares] is a great fighter, it all depends on who he will get [to] take care of him in his corner. He needs an expert with experience, a person who can guide him the right way for what will be a big, complicated chess-match of a fight; he will need a master game-plan.”

Q: Do you see yourself working with Jorge again in the future?