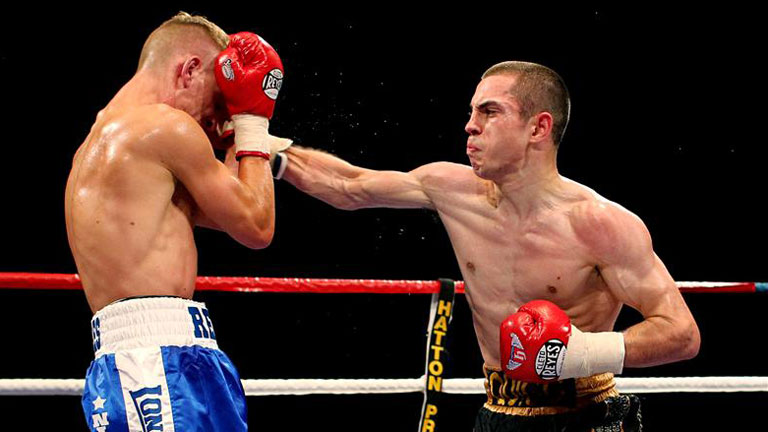 Gavin Reid experienced first hand what makes Scott Quigg and Carl Frampton such special fighters. Here he explains in his own words

I WAS aware that Carl Frampton and Scott Quigg were special fighters when I fought them back in 2010. I still thought that I was going to do them – I was only a journeyman but I always had a go and went to win – but in reality I had no chance against either of them. Quigg is certainly the harder puncher out of the two, but Frampton has improved so much since then, so it’s such a hard fight to call.

If I had to pick a winner, I’d say Quigg because that was my instinct back then. He had the power that impressed me, and he had a tremendous work-rate. His power didn’t dip from the first round, and he showed no signs of easing up. But anyone would be crazy to write off Frampton in this bout. He too had power, and he would be able to make these crazy adjustments because of his level of skill. He is the more polished of the two. He would step forward, throw a one-two, and then make a tiny adjustment by moving to his left and right, and it throws you off guard. Will that offset Quigg’s power? It’s hard to say, and that’s why this fight is mouth-watering.

I remember both of the fights well. The day after the Frampton fight, me being me, missed my flight home so I was in the hotel waiting for it to be sorted out. Carl’s manager Barry McGuigan came over and spent 45 minutes talking to me when he didn’t have to do that. It was a nice little touch of class. Both of the fighters are gentlemen, and I’m proud to say I fought them both.

I’d heard a lot about Quigg and Frampton even back then. Frampton had that long amateur career, which perhaps explains his superior skill, while Quigg – who had a limited amateur career – had greatly impressed in his 18 professional fights before fighting me. They both had a presence that made you realise they were a bit different from the rest before a punch had even been thrown. Even then there was talk about them meeting one day, and I feel, without a shadow of a doubt, that they have now made this at exactly the right time. They’ve both got world titles – although Quigg’s WBA ‘regular’ belt is tainted in the eyes of some – and they’ve both proved they’re world class. They did the right thing to keep them apart until now. Carl’s manager Barry McGuigan was very business-minded about the whole thing, and was clever to leave it this long. For a while I thought that McGuigan was hoping that Quigg would burn himself out, but he’s been proved right to let them both progress before Frampton took the fight.

Now we’ve got a fight to capture the imagination, and may the best man win.