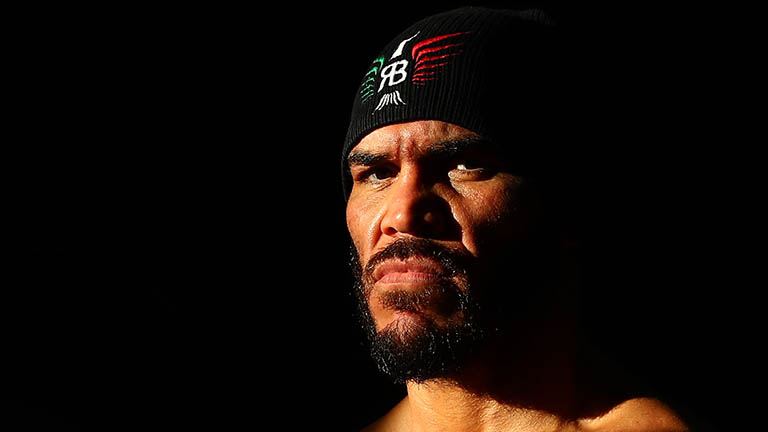 Ray Beltran will come back early in the new year. He tells John Dennen that he can become a world champion once again

RAY BELTRAN still believes. He is 37 years old. He has lost his world title. But he is going to come back.

Last year Beltran’s dream was snatched away from him almost as quickly as he’d earned it. In February, after a long, hard career, he finally won the world title he craved when he beat Paulus Moses for the WBO lightweight title. But as he was taking his first steps towards capitalising on his world crown, he fell short, losing to Jose Pedraza in August.

“I didn’t expect to lose the title that quick,” Beltran said bitterly.

To slump suddenly from the utter delight at winning the title to the despair of losing his prize left him disorientated, almost lost for words to describe the emotion he was experiencing. “It’s a lot of things that go through my head, you know, my mind. I was obviously very disappointed,” he said.

He explained, “I fought Pedraza, I fought Moses, good fights, and people didn’t know, nobody knows, basically I fought those with one hand and my main hand [injured]. How can I say it? I don’t want to sound like I’m making an excuse but it is what it is. I fought those two guys with basically one hand and I didn’t fight that bad. Imagine, if my hand’s healthy, what I can do about it.

“It was very hard because I could not use my whole potential in that fight. I don’t make excuses but it is what it is. It’s just frustrating but I made that decision and I take the blame and it’s nobody’s fault but my fault.”

But he insists that his conqueror, Jose Pedraza merits praise. “My hand was all messed up. But I made the decision, so like I said, it’s my fault. Pedraza deserves all the credit,” Beltran said. “He was the best man on that night.

“I don’t take nothing away from Jose. He did his work. He did everything he had to do. But maybe, if I would have made those adjustments, made those changes, maybe it could be a different outcome.”

The Mexican has had an operation on to fix his damaged left hand, removing a torn tendon that was causing him pain whenever he punched. “That was the question I made to the doctor, look is my pain going to go away? He said yeah. [The doctor said,] ‘The pain will go away. Now you have the pain because the tendon was there. It was causing you a lot of pain but now it’s taken out, you don’t have it. There’s not going to be pain no more, the hand will still be strong and you’ll be okay,’” Beltran said.

The Mexican insists it’s not over for him. “Everything happens for a reason,” he said. “I don’t know. I’m a believer. I believe I can come good. I think I can do better than other boxers out there still. The difference is all the politics are against me, so the fights are going to be tougher. My career’s not like all these prospects. Most of them, they hype them and they get them the right fights. Me, I’m not getting the ‘right’ fights. I’m getting every hard fight. But it is what it is. So I’m up to the challenge and I’m good. I’m good. I’m going to make some changes. My hand’s going to be good now and just can’t wait to go back to work. I’m not done yet.”

“It’s all about performance. While I keep performing well, I’ll get my other title shot, you know. That’s all,” he says with fervour. “I’m not done yet. I’m not satisfied. I keep pushing.

“I’ll become a champion again. I really believe that.”

“That would be better than being one-time,” he adds. “Being two-time will be better for my story. I believe I’ve got the skills, I’ve got the experience to do it again.”

Beltran is due to make his comeback on February 10 when he fights unbeaten super-lightweight Hiroki Okada in Fresno.