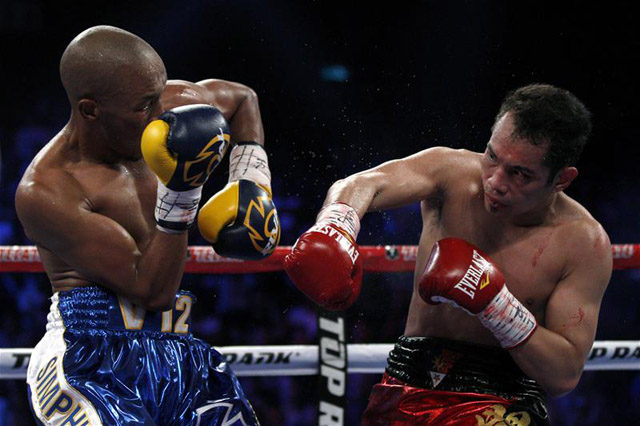 Was he down after losing to Nicholas Walters?

That’s the funny thing, I wasn’t. I just kind of said, ‘You know what, someone was better than me that night and I just need to go back and relearn everything.’ And it was the biggest step I had to take to step out of it. If I relearn everything I will be better than I was before and that’s what I’m giving myself this year, to relearn everything, training all year round, studying fights.

How is he changing his training?

Strengthening my body. I hadn’t done push-ups, pull-ups and squats in such a long time that when I started doing them I was sore for about a week. And I realised how weak my body was, and I fought with that body. I don’t know how I generated that power, but I can see now that if I train myself like everybody else, the strength, power and the patience will all come together.

Why did he fail to shine against  Vic Darchinyan and Simpiwe Vetyeka?

I shouldn’t have but going into that fight [with Darchinyan], I was as sick as a dog. I had the worst flu and I was nearly cancelling that fight, but getting hit and taking a beating and going to the doctor after that fight and having aches and pains for a couple of weeks definitely made me realise how human I am inside that ring and how painful it can be if you don’t take it as seriously. And I trained hard for the Vetyeka fight but it wasn’t hard enough still, there was still a lot of tweaking to do and with that fight we worked on a lot of strategy but the work wasn’t as good. With the Walters fight we did more physical [work] and not as much mental because we had such short notice for it.