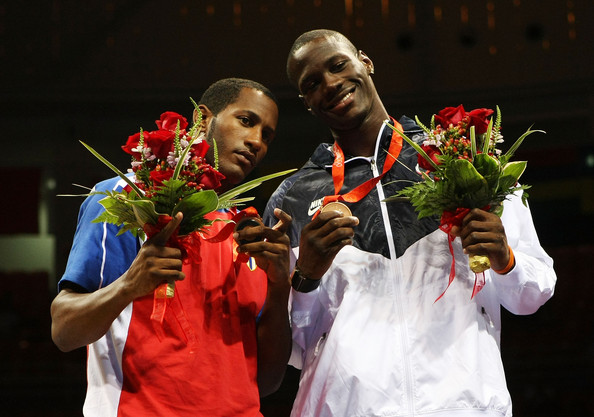 “MY plan was to be a journeyman.

“They started telling me about it and I was like ‘How do we get there?’ Nobody in the gym knew how to get there because we didn’t have a guy at the time who succeed past the national level yet alone the Olympics. But we knew one thing, that if we kept winning, we had a chance to get there.

“I remember saying ‘I’m gonna make it to the Olympics’. I had a lot of guys in the gym doubting me because I was still the fresh kid, but I knew that I was in it for the right reasons and that it was my calling to box. And from that point on I started winning all the Golden Gloves, all the national Golden Gloves, the Olympics trials, and then I finally qualified too.

“It’s been a journey for me, man. Just thinking about it, because that’s just half of the accomplishments that I’ve done, describing it’s bringing back all those feelings man, everything I had to go through, the sacrifice. Because I was still a father too, so I still had two jobs, and still trying to box full-time.

“If they understood my story and what I’ve been through, people would appreciate me a little bit more.”