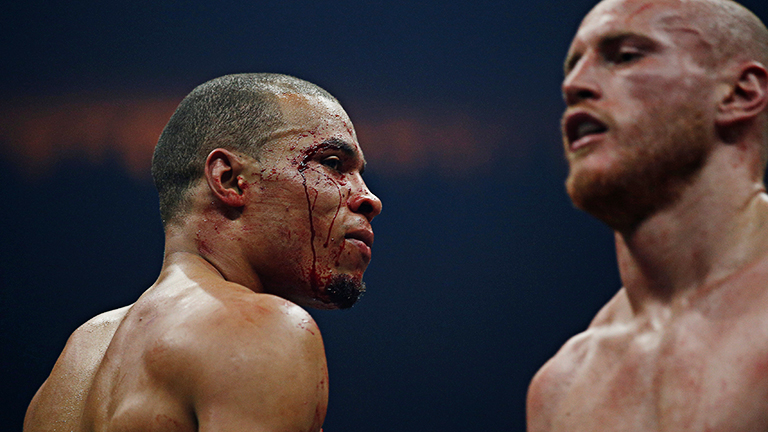 Chris Eubank Jr trainer on what went wrong against George Groves, on stepping in to fight Callum Smith in WBSS final and how he's doing in the gym now. Jack Figg reports

RONNIE DAVIES insists Chris Eubank Jr has learnt from mistakes he made in his last fight with George Groves and admits his man “knows he didn’t box well”.

Eubank Jr fought Groves in February for the WBA super-middleweight world title and suffered a unanimous points loss in the semi-final of the World Boxing Super Series (WBSS) handing the 28-year-old his second career loss.

Davies, who has been a part of Eubank Jr’s team since the super-middleweight turned professional in 2011, revealed his fighter acknowledged he did not perform to the best of his abilities.

“He knows he didn’t box well,” Davies told Boxing News. “He’s a brilliant boxer he just didn’t show it in his last fight so we accept the criticism. He deserved to be criticised. He didn’t box Groves, he tried to fight him and he was wild.

“He didn’t box the correct fight the last time and he got beat it’s simple as that and that’s the way it is.”

Davies insisted Eubank Jr’s performance was out of character and cited “that wasn’t him last time” when he reflected on the loss.

“That wasn’t him last time, that wasn’t Eubank when he boxed Groves,” Davies said. “He knows the reason for that. He should have boxed Groves and he ended up swinging wildly which is not his usual way of fighting and why he did that I’ll never know.

“He said he is going to go back to his boxing and I said good and he’s been looking really good in the gym with his hands nice and high, bombing and slipping.”

Despite accepting the criticism Davies hinted the recent loss should not define Eubank Jr’s ability which has seen him win 26 times.

“He’s a lovely clever boxer and we’ve never had any criticism in his other fights he boxed beautifully in Germany against the Turk (Avni Yildirim) he was brilliant,” the trainer said.

“He has one loss and everyone is knocking him, which I understand, but it’s his own fault he didn’t fight the right fight it was as simple as that and George Groves did.”

During Eubank Jr’s thrilling encounter with Groves, the WBA champion suffered a dislocated shoulder which has threatened to force him out the WBSS final against Calum Smith.

“I feel sorry for George but it’s good for us. Eubank is lovely and fit and he’s been sparring regularly. He was straight back in the gym after the fight [with Groves].”

One half of the WBSS final, Smith is unbeaten in 24 contest leaving Davies to acknowledge the potential challenge ahead, but reiterated Eubank Jr has the ability to beat the Liverpudlian.